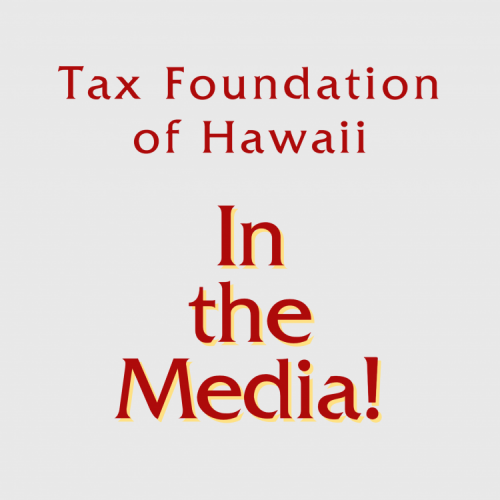 Ridicule, Violent Opposition, Acceptance. The hosts for this show are Jay Fidell and Tom Yamachika.

The German philosopher Arthur Schopenhauer wrote that all truth goes through three stages: 1st it is ridiculed; 2nd it is violently opposed; 3rd it is accepted as self-evident. This is what has been happening in our state government.

At the Office of Hawaiian Affairs (OHA), the possibility of financial irregularities was pooh-poohed at first; when the CliftonLarsonAllen report came out, OHA management and leadership were out to shoot the messenger; and now that the Plante Moran report corroborated many of the findings, the truth is accepted as self-evident. Now we need to look at the Dept. of Land and Natural Resources. The Auditor’s report came out and was dismissed out of hand. Then a House committee ostensibly formed to follow up on the matter came out to attack the Auditor.

We are waiting for the third stage now.

The issue of shipping repair tax credits has split opinion, especially if they are not...

President Yamachika was cited in this great article!  Check it out!  He also spoke on...

Taxation in our state always elicits strong reactions from residents and lawmakers, but what makes...

Government Takes Your Money and Time Too. The host for this episode is Jay Fidell. The...

What kind of a session was it, tax-wise. Tom Yamachika, president of the Tax Foundation...

President Tom Yamachika addresses the implications of the new tax code passed by Congress that...