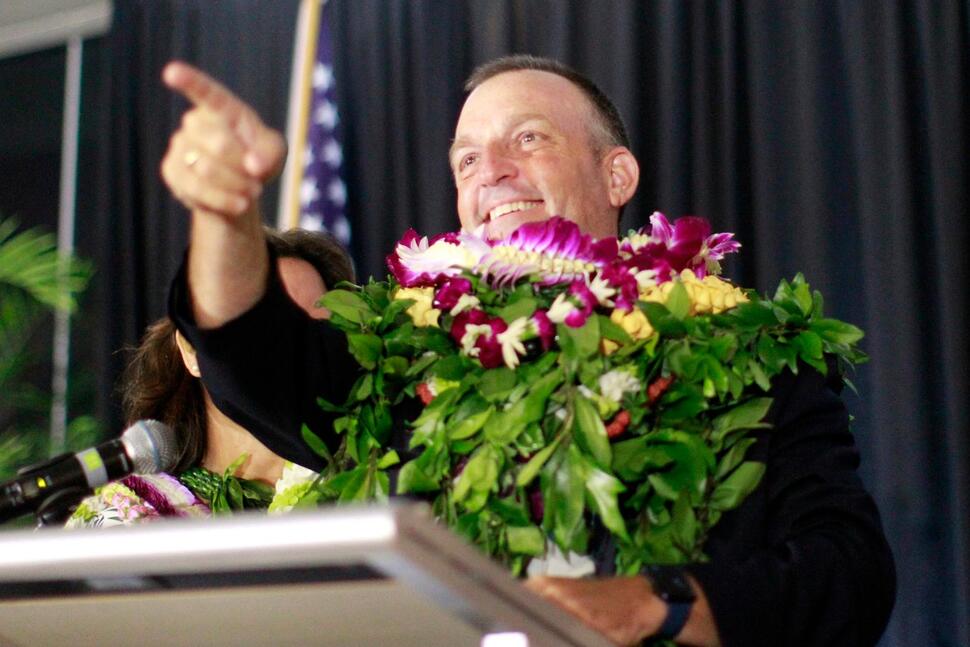 In a recent interview with Hawaii News Now, Governor-elect Josh Green outlined the top priorities he has for his first 100 days in office, presumably including the start of this year’s legislative session.

He said that he would focus on (1) taking immediate steps to address the housing crisis, such as by using emergency powers to cut permitting delays; (2) getting homeless people into kauhale, which are villages of tiny homes; (3) restoring trust in government especially with the native Hawaiian community, such as by distributing lands for homesteads; (4) launching a concrete climate plan, including establishing a “climate czar” within the governors office; and (5) addressing our cost of living by exempting food and medical care from the general excise tax, which, although it would have a substantial cost, could be absorbed by the surplus we now have.

Fortunately, this version of Governor Green‘s top priorities does not include the “tourist green fee,” which we have previously expressed concerns about because it may well be unconstitutional to levy a tax on those who enter or depart from our state.

When it comes to calculating the cost for an exemption for food and medical care, we previously observed that there were lots of devils in the details. For example, there already is a general excise tax exemption for food paid for under the WIC program, and there are myriad credits in the income tax system, from the Earned Income Tax Credit to the Food/Excise Tax Credit, all of which are supposed to give tax relief to those less fortunate.  This can be good or bad, depending on your viewpoint.  If you like the exemptions, the existing exemptions and credits can allow you to argue that adopting a broader exemption for food and health care isn’t going to cost the State as much as feared.  If you don’t like the exemptions, you can argue that because of the existing exemptions and credits, exempting food and health care is going to benefit the rich much more than the poor, making the exemptions look like a giveaway to the rich.

When the question of a food and drug exemption from the general excise tax came up years ago, at the turn of the millennium, my predecessor Lowell Kalapa wrote against the proposed exemptions.  Why?  To him, the question was of fundamental fairness, and the issue concerned exemptions and tax incentives generally.  Any incentive or exemption creates winners and losers.  The winners are those who receive the incentive or exemption.  The losers are everyone else, because the cost of government still needs to be paid.  If the recipients of the exemptions or incentives pay nothing or pay less, more needs to be paid by the rest of us mere mortals.  Lowell’s point was that the creation of winners and losers is the creation of unfairness.

With any modern or ancient tax code forged by political processes, however, exemptions, credits, and incentives are not only common, but are recognized tools of social policy.  We now tax fossil fuels more heavily, for example, because burning them causes more damage to our planet than burning other kinds of fuels.  We tax tobacco and alcohol, for example, because they are connected with “sins” in our society as well as health hazards.  The question is whether there is some social benefit outweighing the unfairness created by the incentive or exemption.  The answer to this question will of course be different for each exemption or incentive, and it may change over time to reflect the changing needs of society.

So, where does that leave us with our Green Administration’s agenda?  We certainly have a pressing societal need to alleviate the cost of living that is making us all suffer.  Taxpayers and doctors are fleeing our borders, as we have written about often before; our state is like a patient on the operating table losing blood fast.  We need to try something bold and different to give the patient a fighting chance.

By Lowell L. Kalapa If you ever took a course in statistics, you know there...

By Lowell L. Kalapa As the legislature moves into its final days of deliberation, the...

By Lowell L. Kalapa During this past legislative session, lawmakers struggled to find ways to...