This week, we focus on a study that has just come out of the national Tax Foundation (with whom the Tax Foundation of Hawaii shares a name but not much else).  That study looks at IRS and census data to see if tax considerations affect people’s decisions to move from one state and to another.

In the study, the Tax Foundation started by ranking the states in terms of population lost or gained, relative to 2019 state population.  Here is what they found: 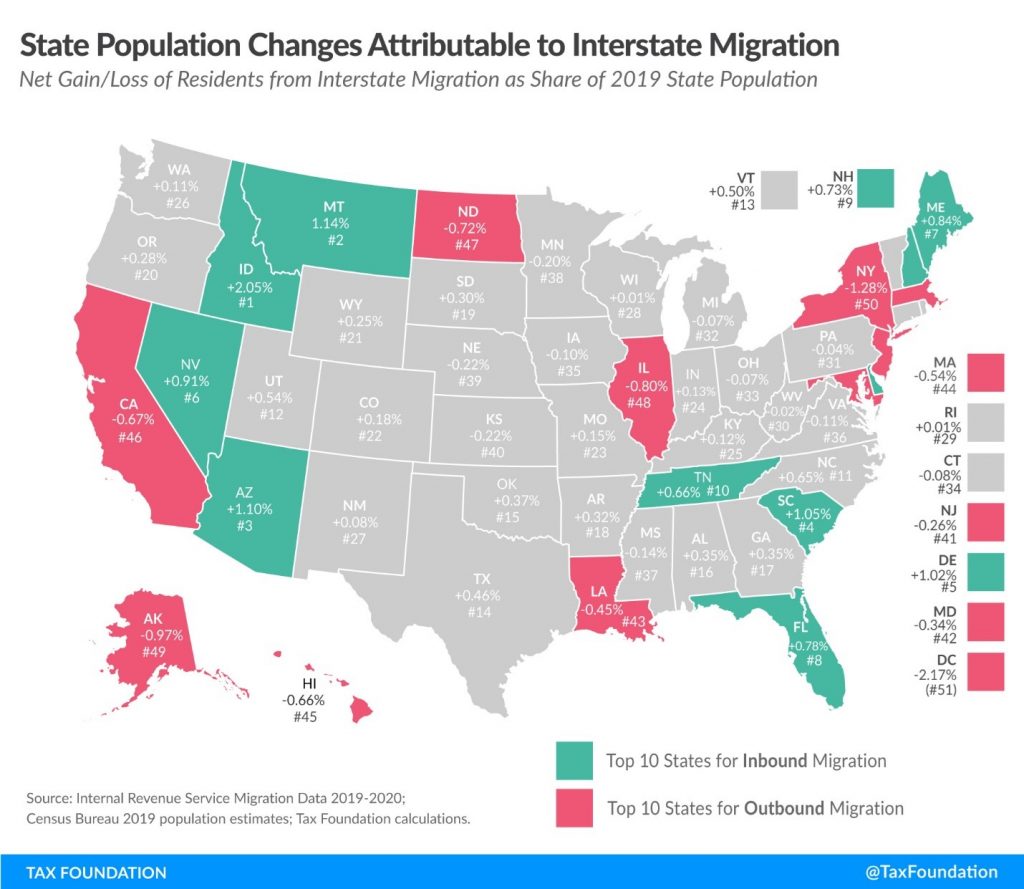 Of the green states, it just so happens that a number of them have low or no individual income taxes.  Five of them don’t charge income tax on wage or salary income at all, and two of the others had individual tax rates that were below the national median at the time.  Of the red states, many of them are well known for high or complicated taxes (California, Hawaii, Illinois, Maryland, Massachusetts, New Jersey, New York).

Hawaii was, interestingly, the only state to lose population but also gain in adjusted gross income being reported to the state.  We picked up nearly $71 million in AGI.  This means that we gained a few high-income individuals but lost more of those folks scraping to make ends meet.  And by the way, it doesn’t follow that we picked up full income taxes on that $71 million. Recent transplants may well be making money from business in the states they left. If that state taxes the income, we reduce our tax (HRS section 235-55) to protect against double taxation.

Also, it turns out that four of the top five states that former Hawaii residents moved to, namely Florida, Nevada, Texas, and Washington, don’t tax individuals on wage income.  (According to the IRS data, we did lose 9,000 people to California, which is also on the red list at 46th in the nation.)  So, although the study can’t say for sure whether tax was the straw that broke the camel’s back, it seems clear that taxes and cost of living were in that camel’s basket.

Now, which of our new lawmakers are going to do something about economic competitiveness with other states, including tax system competitiveness?  The “giant sucking sound,” as former Presidential candidate Ross Perot described it, of folks heading for the exits cannot be ignored.

By Lowell L. Kalapa (Released on 9/2/12) There will be a national summit on affordable...

By Tom Yamachika, Interim President (Released on 3/30/14) Often I am asked to summarize what’s...