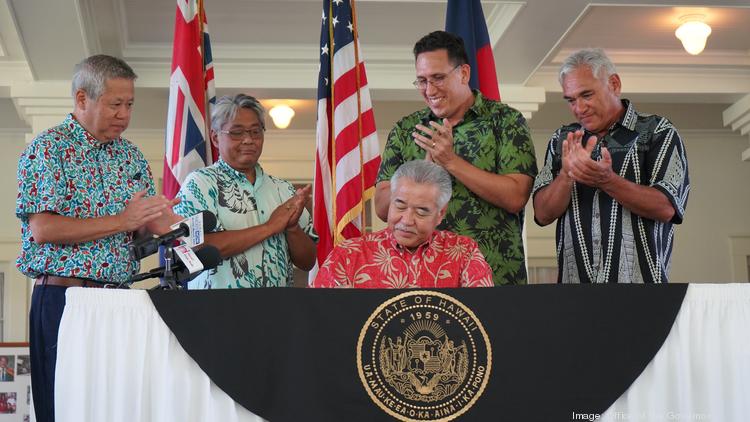 Our Department of Hawaiian Home Lands (DHHL) is charged with administering about 200,000 acres of public lands that are to be leased to Native Hawaiians.  Those lands were set aside due to the Hawaiian Homes Commission Act of 1920, a federal law passed largely due to the efforts of Prince Jonah Kuhio Kalanianaole, who after the overthrow of the Hawaiian monarchy and annexation by the United States became, and was for two decades, a delegate representing Hawaii in the U.S. Congress.  At the time, he wrote to U.S. Senators:  “After extensive investigation and survey on the part of various organizations organized to rehabilitate the Hawaiian race, it was found that the only method in which to rehabilitate the race was to place them back upon the soil.”

In the several decades that followed, DHHL set up a system to distribute public land leases to Native Hawaiian beneficiaries but, as we now know all too well, the number of beneficiaries far outnumbered the available and developed lands, resulting in a waiting list that is now decades long.

This past year, our Legislature decided to do something about it.  It passed House Bill 2511, a historic, eye-popping appropriation to DHHL of $600 million.

But there is a catch.  The money needs to be spent in three years.  On June 30, 2025, any of this money not contractually committed will drop back into our state general fund.

During hearings on the bill, the Tax Foundation of Hawaii, perhaps irreverently, pointed out that DHHL had some trouble spending money that it was given.  The federal Department of Housing and Urban Development (HUD) provides a Native Hawaiian Housing Block Grant program. DHHL is the sole recipient of such grants. Some years ago, DHHL was sitting on about $55 million in federal funds unspent, as a result of which HUD turned off the spigot entirely in 2016.  Through efforts by our congressional delegation, some of the money—$2 million per year where DHHL was receiving $8 to $10 million previously—was awarded in subsequent years.  Today, however, according to DHHL’s website, not a penny of the grants for 2017 and subsequent years has been spent or contractually committed.

DHHL, in response to that testimony, acknowledged that the agency had some problems in the past spending down these federal funds, but assured lawmakers that they had turned their operation around and were now ready to drink from the fire hose.

They got their wish.

Now, a former DHHL director quoted in a Star-Advertiser editorial had some very blunt words to say.  “I don’t think with the existing staff the department is going to be able to meet that deadline,” he is quoted as saying. “There’s no way.”

Will DHHL rise to the challenge and come up with a way to actually drink from the fire hose?  We certainly hope that it does, for the sake of the more than 28,700 who are on the waiting list today (as reported by the Council on Native Hawaiian Advancement).  To do that, it will take lots of work and careful planning.  Politicians may be tempted to ring the emergency bell and clamor for proclamations suspending various laws to help keep DHHL from drowning.  Resist the temptation!  Getting rid of the safeguards would open the doors to corruption.  We’ve already had enough of that, and we don’t need more waste and abuse.

DHHL, hang in there and get serious!  Your constituents are depending on you to do the right things and plan an effort worthy of the historic funding that has been entrusted to you.

By Lowell L. Kalapa A couple of weeks ago, state lawmakers moved out of the...