As many of you already know, the Hawaii Department of Transportation has been studying implementation of a Road Usage Charge (RUC).  Such a charge would be assessed to a driver based on how many miles they’ve driven on our highways and byways, and it’s (at least in theory) designed to replace the fuel tax that is now the primary contributor to the state’s Highway Fund.

HIDOT has now published its final report on its HiRUC website.  Some of its key findings:  First, Hawaii drivers have a high level of understanding (not sure how this is measured) and high initial acceptance of road usage charges with more support than opposition (noting that the questions asked drivers about their opinions of the RUC as a replacement for, not in addition to, the current gas tax).  Second, public support grew when funds are dedicated to maintenance and improvement of roads and bridges (perhaps showing a recognition of the possibility that lawmakers might want to use the funds for something else, like public employee salaries or – gasp – rail).  Third, support grew when rental cars are charged a higher rate than residents (of course they surveyed residents only, and not rental car drivers).

HIDOT’s plan for implementing the program sounds reasonable enough.  It plans to introduce legislation, such as Senate Bill 3313 in the 2022 legislative session, to establish a RUC for electric vehicles only.  It wouldn’t replace the fuel tax (which electric vehicle owners don’t pay anyway) but it would instead replace the flat $50 registration fee now imposed on electric vehicles.  The longer-term game plan is then to phase out the gas tax and phase in the RUC for other vehicles.

When this plan is implemented, however, it might not go quite as smoothly as HIDOT envisions it.

First, there is a contingent of people who are pushing a carbon tax.  A carbon tax collects money to pay for the societal costs of pollution, global warming, and other environmental damage wrought by fossil fuel burning.  Given that many of the environmental damages have already occurred, the goal of the tax is to fix the past damage and not simply compensate for current social costs.  Furthermore, it is there to disincentivize (i.e., penalize) fossil fuel use.  Rather than getting rid of the existing tax on gasoline, they want to jack it up big time.  This past session, House Bill 2278 proposed to change the barrel tax on gasoline from $1.05 to $5.27 per barrel initially, increasing in phases to $33.16 when fully phased in.  That translates to 12.5 cents a gallon initially and 79 cents a gallon when fully phased in.

Not only would the carbon tax supporters seethe at the idea of getting rid of the fuel tax to support a RUC, but they also probably would have a tremendous problem with using the RUC money exclusively to fix roads and bridges as HIDOT wants.  We need to plant those trees!  Scrub those smokestacks!  Encourage the adoption of alternative energy like photovoltaic and wind energy!  How is this going to happen if we ONLY collect enough money to fix the roads and bridges?  It’s nowhere near enough!

Political dynamics like these make me more than a little nervous that the plan put forward by HIDOT will morph into something entirely more gruesome during the legislative process.

It then becomes up to the rest of us, the constituents, to elect lawmakers who will come up with or follow reasonable policies and not allow lawmakers to go off the deep end with the RUC.  Fasten your seatbelts for the 2023 legislative session.  It may be a wild ride.

By Lowell L. Kalapa The final grains of sand are quickly passing through the legislative... 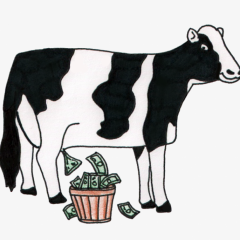