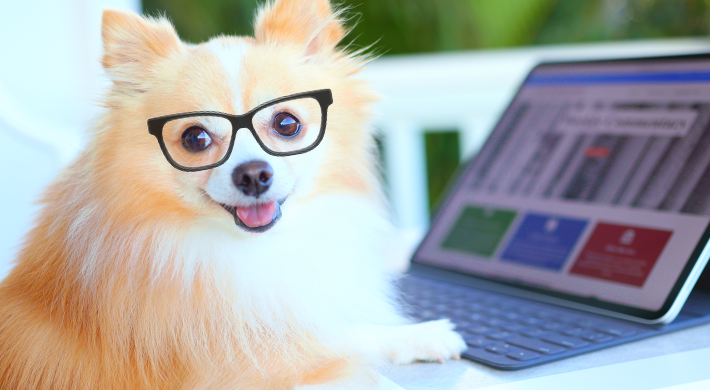 Hi there! This is the Hawaii State Tax Watch Doggie. Today I’m playing a real person who testified before the House Special Investigative Committee.  The Committee was supposed to be looking into problems at the Department of Land and Natural Resources because of a less-than-glowing report by the State Auditor. But guess who got slammed by the Committee just as much, if not more? The Auditor.

Here’s the link to the report:

Over one-third of the Committee’s report was on the Auditor’s Office (which was never supposed to be part of the Committee’s focus according to the House Resolution authorizing the Committee).  It was also telling that the Committee issued its draft report before even hearing the testimony from all of the scheduled witnesses.  That sure makes it seem like the Committee had predetermined a lot of things.

I was called by the committee chair’s office to meet with her and some of her committee members twice and was later subpoenaed to testify before the full committee on October 21, 2021.   I not only testified for several hours at each meeting/hearing, but also submitted numerous documents, including memos, emails, staff reports, and other information to substantiate my testimony about DLNR Land Division’s  (“LD”) mismanagement of State lands.

Yet, despite all of this, the Committee did not cite any of my testimony or documents in its report.  My last submittal (which was in response to the draft report) included LD’s own billing invoices and ledgers that clearly showed LD had failed to bill/collect the proper base rents for the Hilo Hawaiian Hotel lease and failed to collect over $500,000 in percentage rents covering a period of 3-4 years.  This response was included as an appendix to the report; however, the Committee did not even mention any of this in its report.   Instead, the Committee accepted LD’s explanation that this was “an inadvertent oversight” despite documentation I submitted that shows I had given written warnings to LD administrators about this problem back in 2016.  And as of January 2022, over six years later, LD had yet to address the flaws in its Hilo Hawaiian Hotel lease.

Again, none of my testimony or documentation was mentioned or cited in the Committee’s report, yet DLNR’s responses (excuses) were constantly cited throughout the report.

I also found it telling that the Committee’s featured witness was a former City Auditor who went so far as to call Les Kondo “the poster child for poor auditing.”  That specific quote was included in the Committee’s report.  Personally, I found that to be unprofessional, in poor taste, and reflecting badly on the character of the witness.  And by the way, under his watch, the City failed to uncover any of the corruption that has since made news headlines, such as bribes accepted by Department of Planning and Permitting staff, the scandals involving HPD Chief of Police Kealoha and City deputy prosecutor Katherine Kealoha, the police commission’s $250,000 payout to Chief Kealoha, and federal indictments of high-ranking city officials including its corporation counsel, chief of staff, and police commission chair.   With all that going on around him, I would hardly consider the former City auditor to be a credible witness to testify on sound auditing practices.

This has been the Hawaii State Tax Watch Doggie.  I’m playing a real person, not because anyone’s name needed to be protected but because I wanted more air time!  The real person’s remarks were edited for length and clarity, and when I wanted to put in juicy stuff!  As I said before, watchdogs have to watch out for each other too,  When one of us gets attacked, we all suffer.

By Lowell L. Kalapa Administration officials again are trying to make taxpayers believe that the...

By Lowell L. Kalapa Well, you knew the other shoe was going to drop and...

By Tom Yamachika, President (For Release 10/04/15) These days, with the state Public Utilities Commission...

By Lowell L. Kalapa While it may not always be popular to take the unconventional...