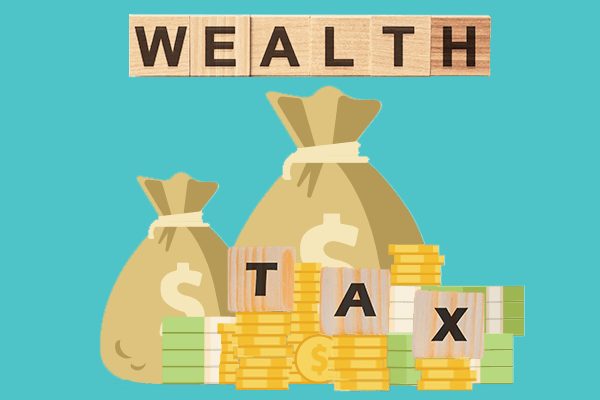 Occasionally, lawmakers in the square building on Beretania Street come up with an idea that hasn’t been tried here before to see whether it sticks to the wall.  This year, one of those ideas is a “wealth tax.”  It’s currently in Senate Bill 3182, and Senate Bill 3250 would form a working group to study imposition of a wealth tax.

What’s the difference between a wealth tax and the income tax that most of us are more familiar with?  Income tax is imposed when you make money but it doesn’t apply when you simply hold on to it.  Wealth tax, like real property tax, is imposed every year on the wealth that you do have.  The current wealth tax proposal would impose a 1% tax on the state net worth of any individual who holds $20 million or more in assets in the State.  (This, by the way, might not be a problem only for the ultra-wealthy.  If the tax isn’t producing what lawmakers want, there is always the prospect that future legislatures will drop the threshold so that it bites more people.)

With the current tax proposal, practical difficulties abound.  One of them is figuring out what is an asset in the State (as opposed to somewhere else).  With real property and physical objects, that determination is relatively easy.  Where it gets tough is when the assets are intangible.  Suppose a taxpayer has stocks and bonds in various companies, some located in Hawaii, some entirely out of state, some foreign.  Even bank accounts can pose difficulties – suppose the taxpayer lives here but the bank is located in North Carolina.  Then what?

Another difficulty is determining how much some of these properties are worth.  Bank accounts, publicly traded stocks, and such things as commodity futures might not pose that much of a problem because the markets come up with a price for them every day.  Maybe those owning real property could use the valuation numbers that the county in which the property sits comes up with.  But what about shares in a closely held business?  Art and collectibles (yes, even that PG 1/60 RX-78-2 Gundam Gold Version)?  And even the family car?  Taxpayers exposed to a wealth tax need to value their property every year, not just at date of death for estate tax purposes.

Why impose a wealth tax?  It’s unclear who’s behind the one we have here, but wealth taxes have been proposed elsewhere – California, for instance – and its teachers’ union came out to support it.  “California billionaires have increased their wealth astronomically since the beginning of the pandemic, while regular working families have struggled to pay their bills,” their union president said in a statement.  “It’s time we took care of each other, and not just watch billionaires fly into space.”  It’s unclear whether the teachers’ union here in Hawaii is thinking the same thing, although a couple of local teachers did submit testimony in support of the wealth tax bill.

California’s wealth tax had its opponents as well.  The California Taxpayers Association, California’s counterpart to the Tax Foundation of Hawaii, stated, “Last year’s version of the wealth tax led many Californians to rethink living in California, just by virtue of being introduced.  In the last year, these taxpayers sought out legal advice, hired tax experts who specialize in residency issues, and seriously reconsidered their future in California.  … If high earners leave – and they will, to avoid the tax hike as well as the headache of having to annually appraise everything they own, anywhere in the world – the taxpayers left in California will be asked to pay more.”

Will the same issues play out here in Hawaii the same way?  As the Grassroot Institute points out, we’re already losing people – 32,237 since fiscal 2016, and the top 1% of Hawaii’s income earners already pay 23% of all income taxes.  If enough of those folks jump on planes as well, we will be seriously hurting for revenue…meaning lawmakers may well look to the rest of us to make up the difference.

By Lowell L. Kalapa As a result of declining property values since the burst of...