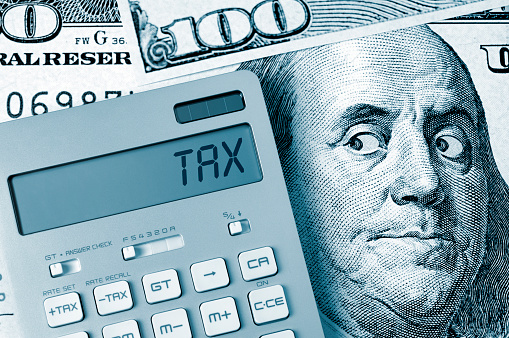 On October 13th, the Grassroot Institute of Hawaii published the result of a poll of about 1,000 Hawaii residents.  They found, not surprisingly, that people don’t like our high state taxes: 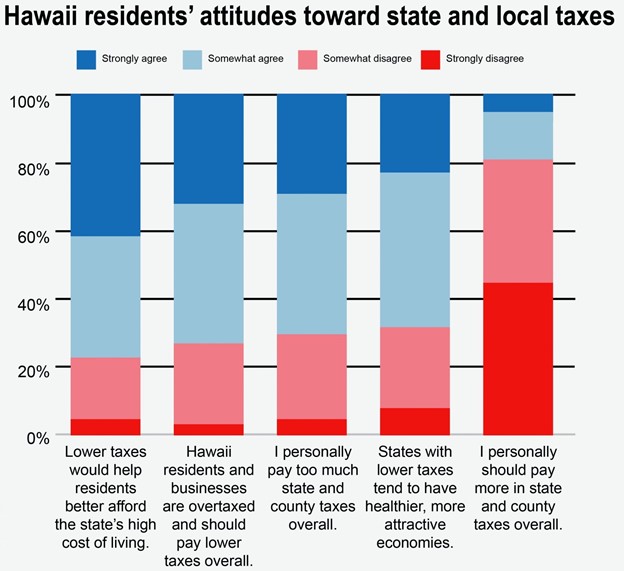 Maybe I’m too cynical after being at the Tax Foundation of Hawaii, but my initial reaction to this poll was, “Well, of course people don’t want to pay taxes.  Tell us something we don’t know!”

If you think about it, taxes have a lot in common with gifts to a charity – setting aside the very real difference that failing to donate to a charity will not land me in the slammer.  In both cases you part with your money and you get nothing in terms of any immediate return.  But people are willing to give to charity, or to the government, if they think that they receive value when they do so.

“If I give to this charity,” I think, “maybe a kid with terminal cancer will get to go to Disney World before he meets his maker.  Or it might help put a mouthful of food in some emaciated person in Somalia, or Mongolia, or Kakaako.  Or it might help educate us, the electorate, and the politicians who write our tax laws, how these laws actually work.”  The better I feel about what the charity is doing, the more likely I am to give.

By the same token, I think that when I pay taxes I’m paying for education for my kids, or necessary oversight of public health, or  care of our parks and forests.  The more value I think I am getting for the tax dollars I have to pay to the government, the less likely I am to complain about having to part with those dollars.

Folks who sell things for a living are intimately familiar with the concept of a “value proposition.”  If your customer doesn’t understand or can’t appreciate the value of buying your product or service, or of giving you money, then they won’t do it if they have a choice.  If they don’t have a choice, they won’t be happy about being forced to contribute.  So, part of your salesperson’s job is to make the value proposition obvious enough to your customer that your customer will say yes and open up that wallet.

So now let’s pose a challenge.  There are going to be lots of people running for office next year, more than usual because of the redistricting that is happening because of the recent U.S. census.  Look at the graphic included with this column.  The message it’s screaming is that the electorate does not understand the value proposition associated with paying the taxes we pay to get the state government we have.  So, the challenge to these people running for office is:  Present us, the electorate, with not only your own value proposition but also the value proposition relating to the government that you want to hold office in.  Where is the value that our government brings to the people contributing to it?  And what are you, as a prospective politician, going to do to bring your constituents that value?  Are you going to get more things done with less?  Are you going to drain the swamp?  Are you going to help create an environment that will help us make ends meet?  Give that some thought and give us some ideas!  And, for those who do get elected, we need you to turn those good ideas into

By Lowell L. Kalapa Although the Senate has now taken the position that it is...