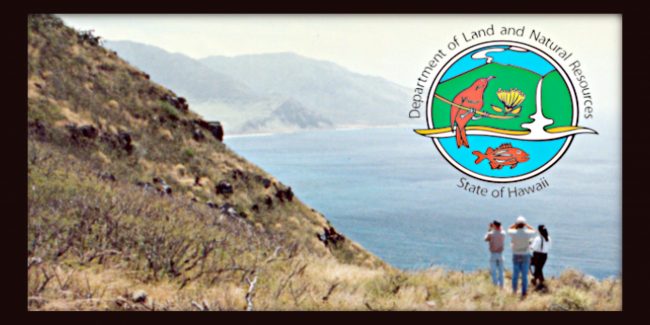 Some time ago, we devoted some of this space to discuss the State Auditor’s findings regarding the Department of Land and Natural Resources’ Special Land and Development Fund (SLDF).  That fund is the repository of all land rents the State receives for land that is either leased or used under a revocable permit (such as those used by airport or harbor-based businesses), and it also is funded by earmarks off two taxes:  HRS section 248-8 gives it 0.3% of the highway fuel tax up to $250,000, and HRS section 237D-6.5(b)(4) gives it $3 million of the transient accommodations tax, each year.  (This TAT earmark was not affected by House Bill 862, which became law by veto override.)

In 2019, the State Auditor’s Report No. 19-12 had some unflattering things to say about management of the fund:

In our audit, we found that the Land Division is not fulfilling its mission.  It has neither a strategic plan for the long-term management of its public lands, nor an asset management plan to identify and fulfill its obligations and goals related to the administration of these lands. . . .

We also found that the Land Division lacks clear and consistent policies and procedures necessary to guide day-to-day operations. Without them, the Land Division does not adequately perform two of its four core lease management functions: (1) it has significant difficulties collecting delinquent rent; and (2) it does not perform field inspections to ensure compliance with lease terms, including lessees’ obligation to upkeep and maintain leased premises.

DLNR’s management responded with a scathing rebuke of the Auditor’s findings, and we thought many of those comments were hollow excuses.

The Legislature is now poised to do something about it.  The House formed a special investigative committee, chaired by House Majority Leader Rep. Belatti, which had its initial meeting on July 15th.  Under House Resolution 164, the committee is to investigate the Auditor’s findings and report by the beginning of the 2022 legislative session.

In the meantime, we have heard from people, some that are or were in DLNR.  They describe some policies or practices that have us shaking our head.

We wish the House Special Investigative Committee the best of luck in carrying out their work.  They are going to need it if they aim to take the policies and practices that are broken and try to fix them.

By Lowell L. Kalapa Now that the candidates have filed their papers to run for...

By Tom Yamachika, President   It’s been a month into the legislative session. The...

By Lowell L. Kalapa Try as they might, lawmakers fell short of achieving their stated...