For many years, the counties and the State have been bickering about how much support from the State’s transient accommodations tax (TAT) they should get to help fund county infrastructure.  County systems like fire, police, and parks maintenance undeniably help tourists too, and the argument was that the tourist tax should help the counties out.

In 2009, for example, the law provided that 44.8% of the tax, after satisfying earmarks, would be distributed to the counties using specific percentages.  That was when the TAT rate was 7.25%.  The rate crept up to 9.25% in 2013, but the percentage was changed to a fixed dollar amount.

The counties complained about their allocations, and in the following year the Legislature had a state-county functions working group recommend an appropriate allocation of TAT revenues.  The working group recommended to the 2015 legislature that the percentage allocation of the TAT be restored, but the legislature balked.  The fixed amount allocated to the counties went up and down slightly over the years and is now at $103 million while the TAT rate is 10.25%.

When the COVID-19 pandemic hit, Governor Ige, in a questionable use of his emergency powers, completely shut off distribution of TAT money to the counties.  But it’s not like that much money was being saved by that move, because TAT collections had fallen through the floor.  According to a “Preliminary Comparative Statement of State General Fund Tax Revenues” for March 2021, TAT revenues for fiscal 2021 (July 2020 to March 2021) are down more than 80% compared to the comparable period for fiscal 2020.

In the conference draft of House Bill 862, the allocation of TAT funds to the counties will be eliminated entirely and permanently, but the counties will be given authority to adopt by ordinance a TAT surcharge, up to 3%.  House Finance Chair Sylvia Luke said that would “incentivize counties to hold B&Bs accountable, and enforce B&B” ordinances, and it “also provides the counties another taxing authority other than just property tax and some of the motor vehicle fees.”

This is a tax increase.  The State is proposing to scoop up the $103 million it previously shared with the counties and keep it all.  The counties, just to keep up, would need to enact additional taxes, perhaps on visitor accommodations or on real property.

In either case, a tax increase on the visitor industry may amount to kicking that industry when it’s down.  As mentioned earlier, TAT revenues are down 80%.  Businesses in that industry weren’t simply toying with the idea of furloughs; they already have experienced layoffs and business closures.  State unemployment reached almost 24% just one year ago.  As stated by HLTA President Mufi Hannemann in testimony on House Bill 321 which contains provisions that would move to House Bill 862, “now is not the time to place additional cost burdens on local businesses.  Everybody is desperately working to recover an economy that has been disproportionately affected by the COVID-19 pandemic, and we should be looking to support these businesses rather than saddling them with additional costs.”

The counties, not surprisingly, don’t want to be a part of this increase either.  The Hawaii State Association of Counties, and some individual counties, testified against House Bill 321.  Maui Mayor Victorino wrote:  “Since the State and the counties serve the same constituents, it is important that we continue to work as partners in meeting the needs of our communities. As demand for services is ever increasing (and so is the cost of those services), it is equally important that revenue be appropriately shared so that the needs of our residents and visitors can be met to the best of our combined abilities.”  That seems to be another way of saying, “Don’t make us do this.  Both of us will get hurt.”

Now we wait to see if Governor Ige will go along with this.

By Lowell L. Kalapa Well, folks, it has happened, the emotional fervor over rising real... 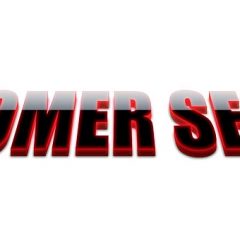