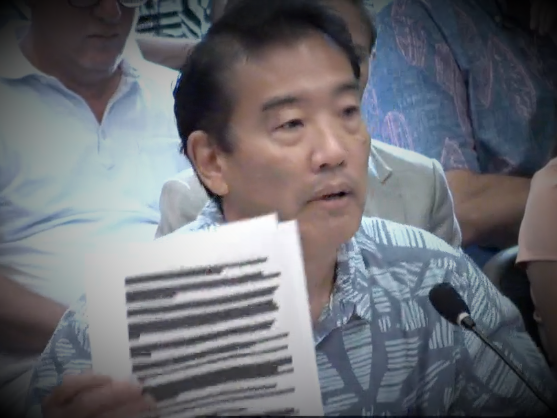 On April 7, 2021, the Auditor posted, and sent to all members of the Legislature, his rebuttal.  In it, he raises serious questions about the objectivity of the report, and he pulls no punches in doing so.

The Auditor also took issue with the working group’s conclusions that several of the audit reports requested by the Legislature were either untimely or not done at all.  In addition to providing a clear explanation for the actual delivery dates, he brought out somewhat of a bombshell:  an email chain, apparently sent to the Auditor by mistake, showing that one of the Speaker’s senior aides, former Interim Director of Taxation Rona Suzuki, was heavily involved in the process:  she compiled a list of the 25 resolutions from 2016 through 2020 that requested an audit, she compiled or found a table showing when the corresponding report was received, concluded that three of them were on time, and wrote, “The rest were late or not done.”  We in the public now have to wonder whether the working group’s findings on timeliness were independent, as opposed to influenced or controlled by the House Speaker’s Office.

The rebuttal goes on to point out House-introduced legislation that would have crippled the Auditor’s Office:

The next logical step in the process is for the House leadership to figure out whether there are enough Senate votes to support an ouster.  If there are, a joint session of the Legislature will be called to take the vote.

The State Auditor’s job is not enviable, but necessary.  The Auditor is supposed to help drain the proverbial swamp by bringing to the public light objective evidence and information, where the creators of that evidence and information have reasons for not wanting the public to see that information.  It’s a pity that the Auditor lacks the power to take further action.  A 2019 audit of the HI-5 Deposit Beverage Container Program comes to mind.  The audit explained, and showed the paper trail, of more than one example of how one of the recycling companies submitted fraudulent paperwork to milk the system of taxpayer money.  We wrote about it two years ago and have yet to hear of anyone getting charged or thrown in the slammer for it.

By Lowell L. Kalapa For the average taxpayer, the general excise tax is a constant...

By Lowell L. Kalapa Would you like it if state government offered to pay 15%...

By Lowell L. Kalapa As the Economic Revitalization Task Force gets underway – at least...