In an article in this space just a couple of weeks ago, we growled and grumbled about the possibility that our Governor, having already suspended laws and chapters in the Hawaii Revised Statutes in a listing seventeen pages long, would start monkeying with the tax code.

At the time, however, the Governor hadn’t touched the tax code at all.

In a “Sixth Supplementary Proclamation Amending and Restating Prior Proclamations and Executive Orders Related to the COVID-19 Emergency,” our Governor crossed the Rubicon.  Buried on the 19th page of a 68-page the document is a sentence suspending “Section 237D-6.5(b), distribution of the transient accommodations tax.”

What does that do?

That section specifies how moneys collected from the Transient Accommodations Tax are to be distributed.  It is chock full of earmarks.  It now requires portions of the tax to be sent to the Hawaii Tourism Authority for tourism marketing and promotion; to the counties; to the Department of Land and Natural Resources for protection, preservation, maintenance, and enhancement of natural resources, including beaches, important to the visitor industry; to the Hawaii Convention Center; and to paying off the cost of the Turtle Bay conservation easement.

Suspension of the section means that all these earmarks have been thrown out the window.  The money from the TAT, although perhaps a whole lot less than the money that used to come in from the TAT in prior years, is going to go where the Governor wants it to go.

This foray into the tax code with the suspension pen will create victims.  The most likely targets are the counties.  For at least a half dozen years, the counties and the state have been bickering about how much TAT money the counties are going to take home.  The latest version of the code gives them $103 million annually, with Honolulu getting 44.1%, Maui 22.8%, the Big Island 18.6%, and Kauai 14.5%.  That has now come to a screeching halt.  As a result, the counties may discover that they are going to have gaping holes in their budgets, which will mean greatly increased pressure on county lawmakers to make up for it by revenue enhancement measures.  Such as property tax increases.

At the same time, we at the Foundation are wondering how the suspension of tax law could possibly be called for by the emergency.  The emergency powers statute, HRS section 127A-13(a)(3), allows for suspension of “any law that impedes or tends to impede or be detrimental to the expeditious and efficient execution of, or to conflict with, emergency functions.”  What does distribution of transient accommodations tax money have to do with the execution of emergency functions?  Are they saying they can’t pay our emergency workers without this money grab from the counties?  What about all the other money that is coming in from all the other taxes, like the corporate income tax, the personal income tax, and the general excise tax?  And aren’t many of the first responders, such as fire and police departments, ambulance paramedics, and lifeguards, on county payrolls?  Does it matter at all that the dollars that might go to pay them are getting swiped?

When Julius Caesar crossed the Rubicon in 49 BC, he went on to become dictator.  Is our governor thinking about a similar path?  In the ensuing weeks, we will see what is waiting for him on the other side of the river.

By Tom Yamachika, President   In 2013, Honolulu established a new property tax classification for... 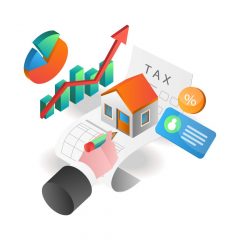 One of the ideas that has been kicking around in the state and county legislatures...