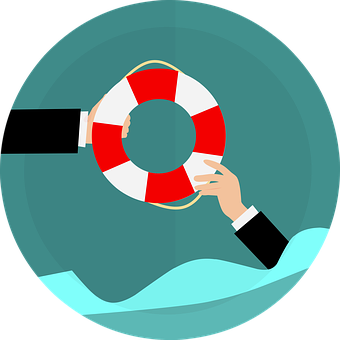 This week we look at the State Auditor’s recent follow-up report, Report No. 19-14, on the Motion Picture, Digital Media, and Film Production income tax credit.  It notes that when the Auditor’s office previously took up the issue, in Report No. 16-08, the Auditor took the Department of Taxation to task for allowing out-of-state production related expenses to qualify for the credit, despite the “clear language and intent” of the statute.  The Auditor told the Department to change its interpretation of the law, but it didn’t, so the current report lambasts the Department for its supposed failure.

I am with the Department on this one. Here’s why.

Executive branch agencies have a complicated responsibility. They are there to enforce the laws that the legislature passes, assuming those laws are valid.  In theory, agencies aren’t supposed to make judgments on the validity of laws, because that’s what the courts are supposed to do, but agencies do have a lot of experience with constitutional requirements that apply to their subject area.  In that position, agencies can sometimes save the law and legislature from themselves.

In the 1990s, for example, a constitutional crisis of sorts happened with states across the country. Most states with an income tax, including Hawaii, adopted the federal “dividend received deduction.”  The federal law does not allow the deduction for dividends from foreign companies.  Kraft General Foods sued the state of Iowa for enforcing that restriction in their state code because the U.S. Constitution says that states aren’t supposed to discriminate against foreign countries or other states.  (It’s perfectly fine for the federal government to discriminate.)  The U.S. Supreme Court in Kraft General Foods, Inc. v. Iowa Department of Revenue and Finance, 505 U.S. 71 (1992), upheld Kraft’s position and cast a cloud over the validity of many states’ income tax laws, including ours.  Our Department reacted by publishing Announcement 98-5 and Tax Information Release 99-2 saying that it would allow taxpayers to take the deduction for out-of-state dividends even though our code didn’t provide for it.   Doing that virtually eliminated the possibility of taxpayers suing for damages because their constitutional rights had been violated.

The same principle is at work in the production credit.  Companies who shoot productions here in Hawaii are eligible for a credit based on expenses necessary to their production on which Hawaii tax (such as net income tax or GET) was paid.  If the production needs some good or service that we don’t have locally, the production can buy it elsewhere and bring it in, and if it does it’s subject to a Hawaii tax called the Use Tax, which for legal and constitutional reasons is considered a part of the GET. (It’s even reported on the same tax form.)  If we grant a credit for an in-state purchase but deny it for an out-of-state purchase, we’re discriminating against interstate or foreign commerce.  The U.S. Constitution says states can’t do that.

So, just as the Department administered the dividends received deduction a bit differently from the text and the apparent intent of the law in order to save it from constitutional problems, it looks like the Department is allowing out-of-state purchases to qualify even if the statute text doesn’t provide for it and the allowance goes against the “clear intent” of the provision, in order to save the Legislature from itself once again.

By Tom Yamachika, Interim President (Released on 6/29/14) Every year the IRS adjusts more than...

By Lowell L. Kalapa Last week, we took a look at what lawmakers “accomplished” in...

By Lowell L. Kalapa There is increasing awareness about the issue of long-term care as...