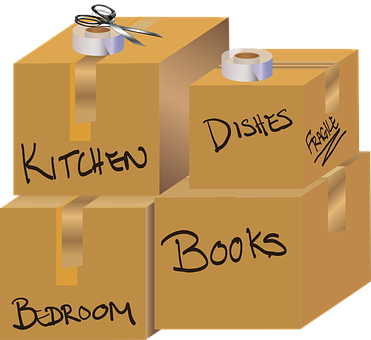 A few months ago, we tried to remind folks about “It’s the Economy, Stupid.”  There we reported that we had been getting lots of news about our economy, and none of it was good.

This month, the University of Hawaii’s economics research organization, UHERO, released its third quarter economic outlook on Hawaii.  The title of the paper wasn’t exactly comforting: “Already Weak, Hawaii’s Prospects Look Increasingly Dicey.”  “All told,” the report stated, “the outlook is for Hawaii to tread water over the next few years, vulnerable to waves that could well pull us under.”

What has gotten us to this point?  One problem is our population, which fell in both 2017 and 2018.  This decline isn’t simply due to reassignment of active duty military.  As multiple news sources have been confirming, people have been, and are, leaving our fair shores.  “[L]ikely responding to better work opportunities and lower living costs on the US mainland,” the UHERO study says.

Policymakers take note!  We, among many others, have long warned that if government squeezes our population too hard with taxes, regulations, and other impediments, people will vote.  Not necessarily at the ballot box, but with their feet.  UHERO has looked at the hard numbers, and they see that people are in fact taking their business elsewhere.  Are you concerned about population decline?  Or about “brain drain”?  Then don’t deny the problem any longer.  We need to do something about our cost of living.  And by the way, what happens when the cost of government stays the same but the number of people contributing to that cost decreases?  More cost per person results, which adds pressure to lawmakers to increase taxes and jack up our cost of living even more.

Can the problem be solved by squeezing our tourism industry further instead of our general population?  UHERO observed that the number of visitors in Hawaii on a typical day is flatlining, and visitor spending is trending downward.  They are seeing “a sharp pullback in international markets, where the number of visitor days has declined across all major market segments.”  More visitors may be arriving, but they are spending less.  Translation:  Tourists are taking their business elsewhere as well.  Some of that may be due to federal action such as increased tariffs and strength of the dollar relative to other world currencies, but we probably are already at the point where further squeezing of the visitor market gives us economic trouble.

On that front, the recent political spats about transient vacation rentals and the resulting crackdowns in Honolulu, Maui, and other counties have already put a big dent in the supply of places where tourists can be housed.  UHERO says that the crackdown on Oahu alone caused a greater than 8% drop in Oahu’s overall number of units available for visitor accommodations.  Maybe some or many of those places were illegal in the first place, but the economic result is in any event further squeezing that industry sector.  Now isn’t the right time to attack it further.

As policymakers begin their annual debate on how to finance government, they should consider that most of our tax laws depend on business activity.  When the economic engine we call business makes money, they make money.  Are we going to put more brakes on the engine with more taxes, fees, and regulations?  Instead, we should be bending over backwards to find ways to help the engine spin faster.

By Lowell L. Kalapa Although the Economic Revitalization Task Force appears to have usurped one...

By Lowell L. Kalapa (Released on 04/15/07) Apparently, lawmakers think that there is no bottom...