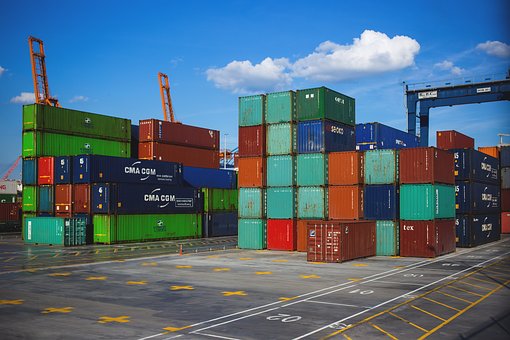 Here in Hawaii, we are intensely dependent on goods that come into the State from faraway places, whether it be the U.S. mainland, Asia, or anywhere else in the world.  Part of the Merchant Marine Act of 1920, more commonly known as the “Jones Act,” affects us greatly because it prohibits any ship from carrying passengers or cargo between two U.S. ports unless the ship is American built, owned, crewed, and flagged.  A recent working paper released by the University of Hawaii Economic Research Organization, or UHERO, collects and reports hard data on the effects of the Jones Act.

The points made in the study merit further discussion among policymakers both here and nationally.  Among them:

When the Jones Act was passed in the 1920’s, the United States was a major power in the shipping industry.  Since then, Asian shipbuilding rose dramatically and left us in the dust, and the U.S. water shipping capability tanked.  In 1960 there were nearly 3000 U.S.-flagged merchant ships.  In 2016 there were fewer than 200.

The Jones Act has restricted domestic water trade.  Goods that would normally be transported by sea between U.S. ports instead must be put on a truck or airplane.  As domestic water transportation has become more difficult, states and the people in them must acquire goods from overseas (those goods then may be subject to customs duties and tariffs) or pay more to get the goods put on a plane.  As a result, prices of the goods rise.  The effects are worse in non-contiguous states that are most reliant on water transportation, primarily Alaska and Hawaii, although effects are felt heavily in other coastal states such as California, Massachusetts, and New York.  One of the featured contributions of the UHERO study is the marshalliing of empirical data to support those conclusions.

Proponents of the Act, such as the late Sen. Daniel Inouye, emphasized that the Act’s requirements were “tied directly to national security and the importance of ensuring healthy American shipyards that may be called upon in times of national emergency.”  Yet the federal government found it necessary to waive Jones Act requirements temporarily in order to assist in recovery efforts after Hurricanes Katrina (2005), Sandy (2012), Harvey and Irma (2017), and Maria (2017).

Proponents of the Act have also argued that it would be unfair to allow foreign operators to compete for American cargo without the responsibility of complying with U.S. laws, including environmental protection laws such as ocean dumping and marine mammal protection rules.  However, environmental protection laws and treaties can be enforced in the U.S. regardless of who is violating the law.  In 2017, for example, two Greek shipping companies were penalized $2.7 million after being convicted on federal charges stemming from discharging oily waste into the marine environment.  In addition, the UHERO study argues that the Jones Act harms the environment by forcing transportation of goods to be done on motor vehicles and aircraft, both of which pollute the environment more significantly than watercraft.

Finally, policymakers here, especially, should be considering a related policy question.  Our state can’t tax air transportation of passengers or cargo because federal law prohibits it.  However, we can and do apply the GET or the Public Service Company Tax to other transportation carriers.  These taxes ultimately get passed on to the consumers of the goods transported, driving up our already stratospheric cost of living.  Are those taxes a good idea, or should we be looking at taking them away to ease the burden on all of us?

By Lowell L. Kalapa One of the measures that lawmakers had to grapple with was...