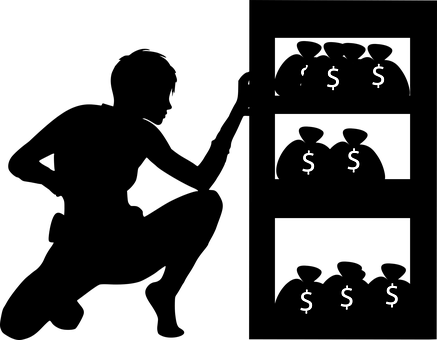 In the news recently was a stunning announcement by Justin Kollar, who is the Kauai County Prosecutor.  State law says that for folks driving without a license or driving without insurance, heavier fines and more jail time apply to repeat offenders.  He said that he has decided to prosecute all cases under his watch as first-time offender cases, no matter how many prior convictions the defendant may have or how quickly those priors were accumulated.

Why?  He said in a recent interview that the repeat offender penalties do nothing to make the roads safer, add more people to crowded jails, and trap the working poor in a cycle they can’t get out of.  They can’t pay the fine and must work to earn the money to pay it, they need to drive to get to work, they get pulled over, and then they owe more money they can’t pay.

Prosecutors traditionally have had wide discretion in deciding what kind of criminal charges to bring against a person, or whether to bring charges at all.  For instance, a prosecutor might not charge motor vehicle drivers going 60 mph in a 55-mph zone, but may go to court when the driver has gone over 70 mph.

Consider this actual example:  a Delaware grandmother sent her granddaughter to her third-grade class with a birthday cake (hers) and a knife so it could be shared.  The teacher used the knife to cut the cake but had to report the girl for bringing a weapon to school.  The school district, which had a zero-tolerance policy on weapons, felt it had no choice but to follow that policy to the letter and expel the girl for a year.

So yes, it is important that there be prosecutorial discretion.  Prosecutors need it to refrain from charging cases that aren’t supported by the evidence, or to refrain from punishing people who, although violating the literal terms of the law, really haven’t done anything that the law was designed to prevent.

At the same time, discretion can mask more insidious behavior such as racial discrimination (prosecuting all speeders if they are black, for example, while exercising more restraint on others) or graft (a defendant can skate, for example, if he knows the right people to pay off).

This case seems to be about another issue:  infringement upon the kuleana of other institutions.  Mr. Kollar is an elected Kauai County official.  The laws of which he is complaining are state laws.  They were put into place by our state legislators and governor, who had the interests of the entire state at heart when they enacted the enhanced penalties for repeat offenders.  If he has a problem with how these laws are applied to the working poor, shouldn’t he go to the Legislature and suggest appropriate amendments?  Apparently, he prefers to take the matter into his own hands.  Maybe he thinks that this grandstanding will help him get re-elected.

But what about the plight of the working poor?  The Hawaii ACLU is quoted as saying that driving without a license or insurance is only about inability to afford paying premium payments or fines, which doesn’t make you more dangerous on the road.  I respectfully disagree.  The ability to drive a car is a privilege, not a right.  Taking away the privilege is a possible consequence of doing something unlawful.  Is it fair?  The folks who get whacked for driving without a license or insurance the second or third time intentionally got behind the wheel without appreciating the responsibility.  Is it fair to the other drivers who must bear more costs of car-related injuries, deaths, and property damage because these folks won’t?  I, for one, would rather not be on the road with people who reject the responsibility that comes with a motor vehicle.

By Tom Yamachika, Interim President (Released on 3/2/14) A few weeks ago this column spoke...