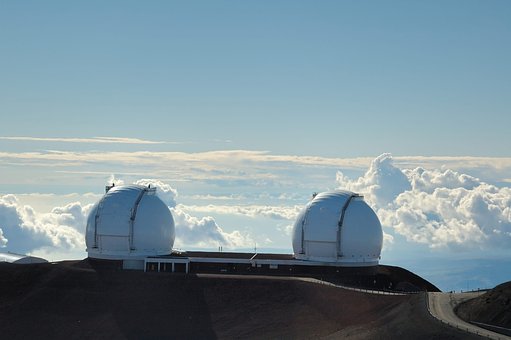 On Wednesday, August 14, the Senate Committee on Hawaiian Affairs held an “informational briefing” so senators could question the Department of Hawaiian Home Lands over various topics, including on “Mauna Kea Access Road (ACT 14).”

The Star-Advertiser summarized the issue:  “About 50 years ago, the Department of Transportation built Mauna Kea Access Road over Department of Hawaiian Home Lands property without permission. That road and others throughout the state that were built on DHHL land became part of a much bigger $600 million settlement that the state entered into in 1995 to compensate DHHL for the misuse of Hawaiian home lands. As part of that agreement, known as Act 14, [Session Laws of Hawaii 1995, 1st Special Session,] the state was required to compensate DHHL for Mauna Kea Access Road via a land swap.”

This gave Sen. Kai Kahele (Dist. 1 – Hilo) a chance to pounce:  “If what you say is true, that the land exchange has never occurred, then without that compliance with Act 14, the state of Hawaii cannot claim title to Mauna Kea Access Road,” he told DHHL Chair William Aila. “That road belongs to the beneficiaries of the Hawaiian Homes Commission Act.  When you have a beneficiary, as defined by the Hawaiian Homes Commission Act of 1920, sitting on Mauna Kea Access Road, what does not give them the right to be there if they are the beneficiaries of the trust and you just said it is still in your land inventory?”

Let’s try to answer that question.

Hawaiian home lands “are impressed with a trust whose co-trustees are the State of Hawai‘i and the United States,” our supreme court said in State v. Jim, 80 Haw. 168 (1995).  That means our state and federal governments are supposed to make sure the land is used in a way that benefits our indigenous population.  It doesn’t mean that anyone, even a native Hawaiian, can do whatever they please on the land.  The Jim case involved two native Hawaiians who were arrested and charged with criminal trespass after refusing to leave the Prince Kuhio Plaza, a shopping center on Hawaiian home lands on the Big Island.  Both defendants were demonstrating against perceived violations of the Hawaii Admission Act when they were arrested.  They were fined after pleading no contest but appealed, contending that the Big Island police had no jurisdiction to arrest them.  Our supreme court concluded that the state and county criminal laws applied, and upheld the defendants’ convictions.

Let’s apply that to Mauna Kea Access Road.  Even if the lands under it are Hawaiian home lands, it’s still a road and blocking it is a crime.  Police can order that a road be cleared, and they did so.  The protesters refused to budge.  Criminal laws are still in force, even as to Hawaiian protesters demonstrating on Hawaiian home lands.  So, there are and should be consequences for blocking the road no matter who owns the road.  It’s a matter of public order, not property rights.

There may be other consequences that were not yet thought through.  If the underlying land is DHHL’s, shouldn’t they have been taking care of it?  Our State (if it’s separate from DHHL, which the Senator seems to assume) has been maintaining the road, so isn’t the State entitled to some kind of compensation even if the State doesn’t actually own it?  Those issues need to be considered as well.

So no, the protesters don’t yet have the State over a barrel with this new-found argument.  But instead of obsessing over it, the state should fix the land swap problem and stop the road blockages, not necessarily in that order.

We’ve previously warned that our legislature has a dogged focus on new taxes – “ARF! ...

By Tom Yamachika, President (Released on 8/24/14) Mr. and Mrs. Stocker waited until the day their...