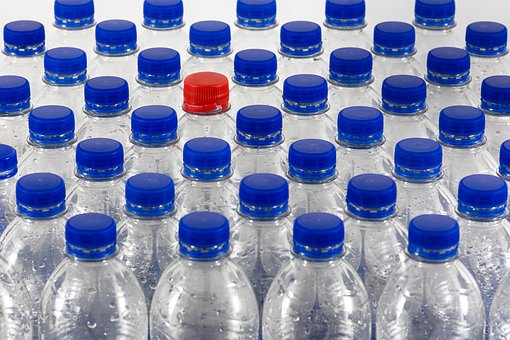 Just three months ago, the Hawaii State Auditor released the latest in a series of reports over the years on the Hawaii Deposit Beverage Container Program, known as HI-5.  That report, No. 19-08, basically said, “Look.  We’ve issued four audit reports on the program, every two years beginning with 2013.  In each of the reports, we rely on the distributors and redemption centers to be honest and police themselves.  There is no verification or enforcement.  You might think people are honest, but in three out of the four reports we found discrepancies, meaning either that distributors paid the fee on fewer bottles than they distributed, or redemption centers asked for and received more money from the State than they were entitled to.”

“The Department of Health has been aware of this flawed payment system since 2006,” the report summary says, “but has done little to address it either with changes to the program or through enforcement inspections.”

When the Auditor’s report came out, it received attention not only from the local press but also national media.  And the Legislature was in session at the time.  Wasn’t it a great time to ask the Legislature to give the Department of Health some resources to put financial controls on the program and perhaps throw in the hoosegow some of the bad actors who had been stealing taxpayer money?

When you read the budget summaries from our legislative folks, however, such as blog posts from the House Majority on House Bill 2 and on the remaining executive budget, there is no mention about fixing the leaks in our bottle bill program.

And, when perusing the news releases from the Department of Health, the Department doesn’t seem to mind publicizing red-placard closures of food establishments as examples of its robust inspections and enforcement on the Big Island and Molokai, but no mention whatsoever is made of the redemption fraud even though the Auditor gave DOH evidence on a silver platter.

Does DOH just not care about millions of taxpayer dollars possibly being stolen from under their noses?  “Fraud is a serious and real risk for this program,” Director of Health Dr. Bruce Anderson stated in a February 21 letter attached to the audit report.  Yet we have heard nothing at all about changes to the program or about wrongdoers getting punished.

Perhaps this apathy is breeding distrust of the program.  Redemption rates for eligible beverage containers are hitting the skids, as this chart shows:

Source:  Office of the Auditor

Perhaps if we can clean up this program, we can help to restore confidence in government’s ability to handle money.  And bottles.

“If you haven’t bookmarked the Tax Foundation of Hawaii as a go-to resource yet, you... 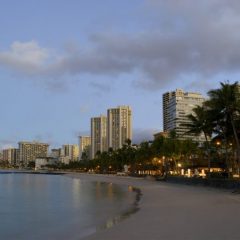 Federal Programs that Preempt Taxes. The host for this show is Jay Fidell. The guest... 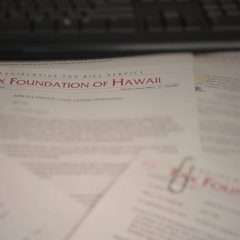 President Yamachika’s highly sought after expertise regarding tax, fiscal law and legislation is once again...