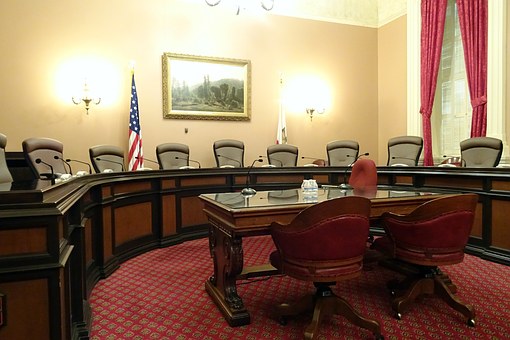 If you’re following bills as they move through our legislature, there are a couple of practices that we need you to know about. Often, committee chairs will refer to one or both of these practices when they move bills forward.

Each bill must have an effective date so that we know when it starts doing what it is supposed to if it’s signed into law.  Typically, income tax bills become effective for tax years beginning after a certain date.  Excise tax bills usually become effective on July 1st to coincide with the start of the State’s fiscal year.  “Defect the date” refers to setting the effective date very far in the future, such as July 1, 2050, so the bill would have no effect if enacted into law in that form.  A bill with such an effective date is still alive, but the legislators are not comfortable enough with it to let it pass in that form.  Instead, they are willing to let the bill survive for now “so that the discussion can continue,” but they want to take a look at it again, perhaps in conference committee, before deciding whether to send the bill to the Governor’s desk.

“Blank the amount” is a similar technique that can be used whenever a bill has a number in it.  The technique is often used on an appropriation bill that sets aside a certain amount of money to do what the bill proponents want.  It can also be used to earmark tax revenues, as is done with SB 1474 Senate Draft 2 that proposes an increase in the GET.  The bill now specifies that “__ per cent or $ _____, whichever is greater, of the revenues shall be deposited into a special account in the general fund for appropriation to and expenditure for operations of the department of education.”  A similar clause is provided for operations of the University of Hawaii.

Obviously, bills with blank amounts in them won’t have much of an effect if they are enacted in that form, even if they have an effective date that is not defective.  (We actually enacted such a bill in 1999.  Act 306 of 1999 enacted credits for the construction or renovation of a “qualified resort facility” and a “qualified general facility.”  The credit amounts were percentages of the capitalized costs but were left blank.  The Department then refused to allow any credit under these circumstances, as it explained in Department of Taxation Announcement No. 99-27.)

Bills with blank amounts perhaps serve the same purpose as bills with defective effective dates, but the blank amounts are quite a bit more problematic.  First, it’s easy to imagine that what goes in the blank will have a difference in our lawmakers’ willingness to vote for the bill.  A lawmaker who might be willing to stomach an increase in the base GET rate from 4% to 4.5%, for example, might be outraged enough to hit the “No” button if the bill’s proponents wanted to fill in the blank with 7%.  Next, the Department of Taxation normally calculates the revenue impact of a tax or credit bill, because that information is important to lawmakers.  If such a bill has a blank amount in it, it would be easy for the Department economists to throw up their hands and say, “We have no idea!  Obviously, it would depend on what you guys put in the blank.”

It is common for the defective dates to be fixed, and for the blank amounts to be filled in, when a bill pops out of conference committee.  At that point, of course, the deal is done and there is no opportunity for public hearings or testimony.  The public can still weigh in on the process by contacting individual legislators in hopes of swaying their votes on the floor, but for many of us that seems to be a waste of effort.  Can the system be improved?  We hope so!

On Monday, June 25, Governor Ige released his list of bills he intends to veto....