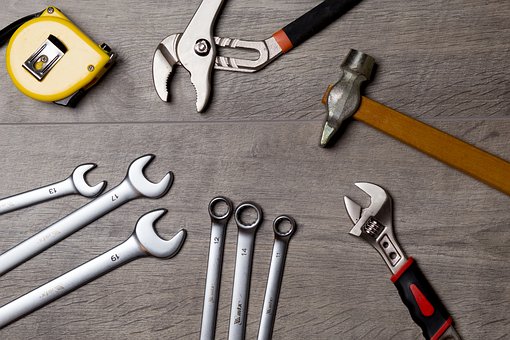 In a budget briefing at the legislature at about this time last year, Department of Education officials reported that their backlog of repair and maintenance jobs was $293 million, and they were patting themselves on the back because it was a significant drop from the $392 million reported in 2010.

This year, the backlog is $868 million – nearly triple the amount reported last year.  It turns out there were issues with the way the backlog projects were tracked.  For example, when initial design money was spent on a project, the project dropped off the pending list even though no contractor to fix the issue had been hired or paid.

The words “gross incompetence” come to mind.  In the private sector, this would normally be coupled with “heads will roll.”

In our state government, however, it is notoriously tough to get someone fired.  The only event in recent memory to trigger a shake-up was the infamous ballistic missile false alarm, which resulted in the resignation of an administrator and a co-worker, the suspension of another, and the firing of the button-pusher.

What, then, is to become of those who designed and ran the systems that were supposed to be keeping track of the DOE’s maintenance backlog?  The false missile alert happened in the blink of an eye and was over in 38 minutes.  There was a lot more time put into compiling the DOE maintenance backlog data.  There had to have been multiple levels of review when the DOE data was gathered, the numbers were crunched, and all the above was refined into a report or briefing materials presented to the legislature.  And the result of all of this was a hideous lie told to our lawmakers.

On the flip side, lawmakers had to have known that something wasn’t right.  The University of Hawaii was reporting a deferred maintenance backlog of $722 million – but it has 10 campuses and the DOE has 256.  Was UH that much more inefficient than the DOE (and if so, why hadn’t there been heads rolling at the UH)?

Whatever the reasons, a maintenance backlog growing closer to the $1 billion mark at both the DOE and UH is cause for serious concern.  Tough decisions about funding priorities need to be made, and by the people who need to have the state’s big picture in mind.

And when I speak of “big picture,” I am not at all talking about lawmakers who simply say, “Oh, we don’t have enough money to run government, so we need to ask the taxpayers to make up the difference.”  The big picture leaders need to have an understanding about the revenues as well as the expenses, so they can manage the economic engines that produce the money that we all need to get on with our lives.

In the Star-Advertiser article that reported on this amazing revelation, it was mentioned that the DOE has built a new online database that will encompass all capital improvement and repair projects so errors like this won’t happen in the future and there will be more transparency.  “People will have the ability to pull that information anytime,” an assistant superintendent is quoted as saying, but what he meant by “people” is legislators, Board of Education members, or school administrators.  A “public version” of the database will be developed next year – probably with limited functionality.  The folks who came up with that idea can’t even see that part of the big picture that says We the People are responsible for their paychecks and the funds necessary to get these projects addressed.  Maybe they should be considered for head-rolling along with the geniuses responsible for underreporting the maintenance backlog in the first place.

By Lowell L. Kalapa Every year people inquire whether or not retailers are overcharging them...

Previously in this space, we spoke of various laws that were suspended by the Governor’s...

By Lowell L. Kalapa With the legislative session right around the corner and an armful...