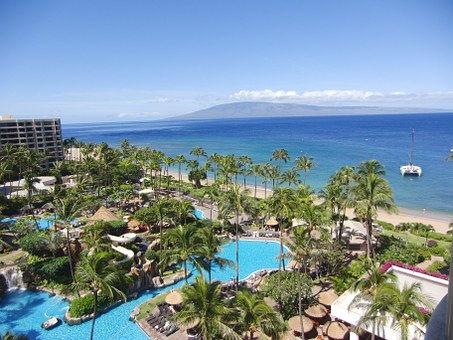 In last week’s article we gave some background about a case working its way through the court system.  Timeshare association sues county; county then back assesses association for $10 million.

The first issue for our deep dive is, “Are we in the right court?”

In this state, if you have a beef with the tax collector you can’t just go suing in any old court.  We have a special court called the Tax Appeal Court that hears disputes about state taxes and county taxes.  Tax is complicated, so it makes sense to have a specialist court.  It also helps to limit the government’s downside risk because, while normal courts can have juries, issue injunctions, and award damages, the Tax Appeal Court can’t.  It’s limited to adjudicating the validity and amount of a tax assessment without a jury.  So, if the court thinks the tax people have been bad and need to be punished, there’s nothing that court can do.

For most tax appeals, there are two avenues to court: “assessment and appeal” or “payment under protest.”

Assessment and appeal means the taxpayer must file its paperwork within a certain time after the tax authorities issue their bill.  For state tax, this can be done without paying first.  For county tax, the taxpayer needs to pay to play.

Now, our Maui timeshare association sued in Circuit Court, which is our court of general jurisdiction.  It went down neither the “assessment and appeal” nor “payment under protest” route.  Perhaps they wanted to get a ruling that the Time Share classification was invalid and might not have seen the law forbidding declaratory rulings in tax cases.  But it turns out that although most tax cases need to be in Tax Appeal Court, there are cases in which the circuit court took jurisdiction.  The appellate courts took note of them but haven’t ruled on whether jurisdiction was proper.

Once the county struck back, however, the dynamic changed.  The taxpayers claimed that they had been denied their federal constitutional rights such as due process, equal protection, and the right to petition the government for redress of grievances (i.e., sue).  There’s a federal law saying that someone whose constitutional rights have been violated by people claiming to enforce state law may sue for damages and attorneys’ fees.  And a state or local government can’t get away from the consequences by shunting the claim off to a specialized court that can’t award damages.  Thus, that part of the case needs to stay in Circuit Court.

The case has already spent five years in Circuit Court, with oodles of resources already spent on it by both sides as well as the court system itself.  It would be grossly inefficient to have a new court start on this case from scratch, so it would make sense to leave the case where it is.

But at the same time, we can’t be using the circuit courts to upset the system carefully created to handle the special circumstances that tax disputes present.  If there are appeal deadlines, they need to be followed.  If there are procedures required, they need to be observed.  If any party thinks they can waltz into court, get a ruling that a tax classification is void, and thereby open the floodgates for anyone who has ever paid that tax to get massive refunds, that party needs to think again.  One of the reasons for the special tax courts is that governments need to be able to operate and can’t do it if they are threatened with financial extinction because of missteps they may have made years or decades before.

By Lowell L. Kalapa A recent visit to the east side of the Big Island...

By Lowell L. Kalapa (Released on 8/5/12) Some readers may wonder what does dependency have...

By Lowell L. Kalapa Remember the last time you watched someone feed the fish at...