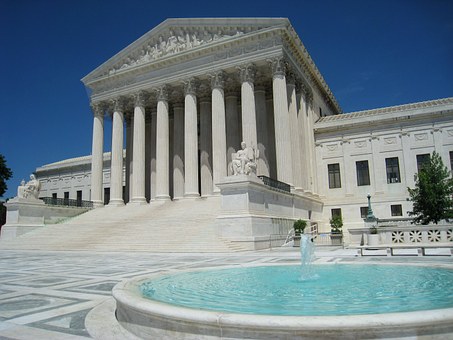 June 21, 2018:  The Supreme Court of the United States today decided Wayfair, Inc. v. South Dakota, and held that “physical presence” is not necessary before States can validly apply their taxing powers to businesses that have neither persons nor property in a State but nevertheless conduct substantial business in that State.

Nevertheless, the Court stopped short of giving its full blessing to the South Dakota law, stating that the taxpayers had made other challenges to the law and those need to be addressed by the state courts first.  The Court noted that the law had three features designed to prevent discrimination against or undue burdens upon interstate commerce:  it had a safe harbor for those transacting limited business in the State; it was not retroactive; and the State was a member of the Streamlined Sales and Use Tax Agreement, which has been adopted by more than 20 States to standardize taxes to reduce administrative and compliance costs.

In Hawaii, Governor Ige recently signed into law Act 41 (S.B. 2514), which provides that a seller is considered to be doing business in the State and subject to our General Excise Tax if the seller has $100,000 in sales or more than 200 transactions in the current or immediately preceding taxable year.  The Act takes effect on July 1, 2018 and applies to taxable years beginning after December 31, 2017.  Although Act 41 was patterned after the South Dakota law, there are differences that sellers could focus on to question the law’s validity.

First, the law is retroactive.  For calendar year taxpayers, for example, the tax paying obligation goes back six months, and could apply hundreds or thousands of dollars of liability to taxpayers with closed and completed transactions.  Those taxpayers would have no opportunity to renegotiate the economic deals it struck in the first six months of the year.

Second, Hawaii is not a member of the Streamlined Sales Tax Agreement and cannot be a member unless its laws are amended significantly.  The reason is that Hawaii’s General Excise Tax has three separate tax rates.  One is for retail sales, one is for wholesale sales, and one is for insurance commissions.  To be compliant with the Streamlined Sales Tax Agreement, a State must administer one tax rate.

In any event, today’s decision is a victory for bricks and mortar retailers who have built stores in Hawaii and have employed local residents.  Those retailers understandably have had concerns over the years when they faced increasingly intense competition from online sellers who, in some cases, boasted that purchases from their sites were not subject to the same taxes that would need to be added to the price of the same goods from a local store.

For more information, please contact Tom Yamachika at the Tax Foundation of Hawaii, at (808) 536-4587 or email tfh@tfhawaii.org.

About the Tax Foundation of Hawaii:

The Tax Foundation of Hawaii, a private nonprofit, nonpartisan, educational organization has, for the past 60 years, encouraged efficiency and economy in government and has promoted an equitable tax system that encourages and maintains economic growth and stability in Hawaii. Read more about us at http://www.tfhawaii.org.

Keep Abreast of What the Legislature Is Doing to You Will the 0.5% county surcharge... 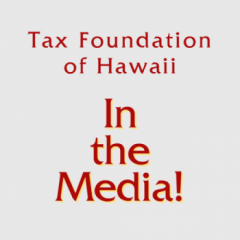 Tax attorney Tom Yamachika of the Tax Foundation of Hawaii explains how the types of...