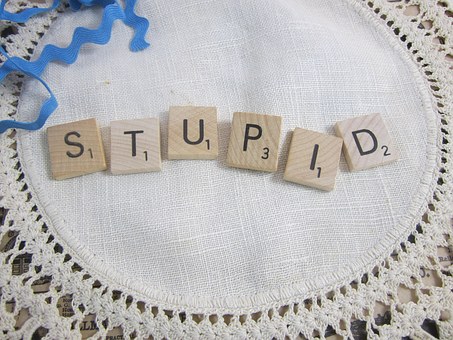 About three months ago, I wrote about the $10,000 limitation on deductions for state and local tax that is part of the Tax Cuts and Jobs Act of 2017.  In a nutshell, you can only deduct up to $10,000 in state and local tax.  If you paid more, you get no tax deduction for the excess; not now, and not later.  (This limitation applies only to non-business taxes. If you have a business and it pays taxes, such as our state GET, those taxes are still fully deductible.)

Some states, especially those with high income taxes, have been actively considering a “workaround.”  New York, New Jersey, and Connecticut have passed legislation establishing a state fund into which people can “contribute” money in exchange for getting all or most of it back in the form of tax credits that can be used to reduce their tax burden.  California and some other states are considering similar proposals.  California’s legislation has cleared one of its two legislative chambers so far.

Now, the IRS and the U.S. Treasury have indicated that they are going to weigh in.  On Wednesday, May 23, IRS released Notice 2018-54, entitled “Guidance on Certain Payments Made in Exchange for State and Local Tax Credits.”

The Notice says, “In response to [the $10,000 limitation discussed above], some state legislatures are considering or have adopted legislative proposals that would allow taxpayers to make transfers to funds controlled by state or local governments, or other transferees specified by the state, in exchange for credits against the state or local taxes that the taxpayer is required to pay.”  (Translation: “We know what you, states, are trying to do.”)

“Despite these state efforts to circumvent the new statutory limitation on state and local tax deductions,” the notice continues, “taxpayers should be mindful that federal law controls the proper characterization of payments for income tax purposes.”  (Translation: “You think we’re going to respect this type of payment as a deductible charitable contribution?  Go on.  Make our day!”)

“The Treasury Department and the IRS intend to propose regulations addressing the federal income tax treatment of transfers to funds controlled by state and local governments (or other state-specified transferees) that the transferor can treat in whole or in part as satisfying state and local tax obligations.  The proposed regulations will make clear that the requirements of the Internal Revenue Code, informed by substance over-form principles, govern the federal income tax treatment of such transfers.  The proposed regulations will assist taxpayers in understanding the relationship between the federal charitable contribution deduction and the new statutory limitation on the deduction for state and local tax payments.”  (Translation: “It.  Doesn’t.  Work.  And if you think it does, we are going to make you attach Form 8275-R to your return, saying that your return position is contrary to regulations.  Which, by the way, makes your audit risk higher by a bazillion percent.”)

In the meantime, one state that’s been targeted by the notice said that it isn’t backing down.  New Jersey Attorney General Gurbir Grewal threatened a swift and blistering court fight over the program in a letter to the IRS Commissioner.  Grewal argued that 100 different charitable programs in 33 states, all of which offer credits for contributions to specified charitable programs, could be destroyed if the IRS attacks New Jersey’s new law.

It looks like we can look forward to seeing some fireworks over this kind of tax workaround / tax dodge.  So, when it comes time for you to take a position on your return, choose your side carefully.

By Lowell L. Kalapa      The wire services recently carried a story reporting that...