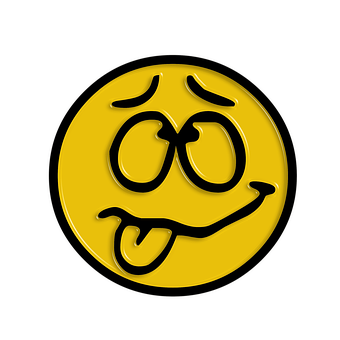 One of the changes that was made in the Tax Cuts and Jobs Act of 2017, which applies to our federal tax returns for this year, is a limitation on deductions for state and local tax.  Simply put, you can only deduct up to $10,000 in state and local tax. If you paid more, too bad, tough cookies.  (This limitation applies only to non-business taxes. If you have a business and it pays taxes, such as our state GET, those taxes are fully deductible.)

Some government officials in high-tax states, such as California (which is now one of the only states with a higher income tax rate than ours), were not too happy about the limitation.  California is now trying to enact a workaround, and some Hawaii lawmakers are actively considering similar legislation.

Specifically, the California Senate has passed a bill that establishes a “California Excellence Fund” that will accept contributions from people.  The fund will be used to fund public works and other government projects, and Californians will get an 85% tax credit for amounts contributed to the fund.  So, for example, if you owe $85,000 in California tax and you contribute $100,000 to the fund, an $85,000 credit is generated so you no longer owe money to the state.  If the taxpayer gets a charitable deduction for the $100,000, the taxpayer would get much more benefits because there is no limit on deductions for giving to charity.

Our advice on doing the same thing in Hawaii:  three words.  It. Doesn’t. Work.

The main reason why it doesn’t work is that taxpayers who get a benefit, or something of value, from a charitable donation can only deduct the difference between the money they paid out and the benefit they got in return.  That’s why a taxpayer who buys tickets to a benefit dinner for $100, for example, gets a letter from the charity saying that the dinner was $30, so the taxpayer can deduct the $70 difference.

In the California Excellence Fund example, the taxpayers who “donated” $100,000 were able to avoid paying $85,000 that was otherwise owed to California.  Relief from debt is a benefit to the taxpayer just like the meal in the benefit dinner, so the taxpayers in that example will have a deduction for contributions of $15,000.  They don’t owe California tax now, so there is no state tax deduction.  They are, in fact, worse off.  If they instead paid their tax and gave $15,000 to another charity, they would get a $10,000 state tax deduction and a $15,000 charitable deduction.  That way they could write off $25,000 for the same cash outlay.

In January, while the California Senate was considering the scheme, some alert reporter asked Treasury Secretary Mnuchin about it when he gave a press briefing on other issues.

Although we are in the process of selecting a new commissioner of the Internal Revenue Service, whoever it is will report to Mr. Mnuchin.  So, it’s probably safe to assume that the IRS will take a dim view of the California Excellence Fund contribution scheme.

Given all of that, what do you think about establishing a California Stupidity Fund here in Hawaii?

By Tom Yamachika, President This week, while our Legislature is still in pandemonium mode, I...

By Lowell L. Kalapa In a recent presentation made to a group of public employees,...

Here in Hawaii, people like me often complain about lack of transparency, government overreach, and...

By Tom Yamachika, President In the course of our legislative session, our tax system has...

By now everyone knows that we’re in a state of emergency.  There’s a virus spreading...