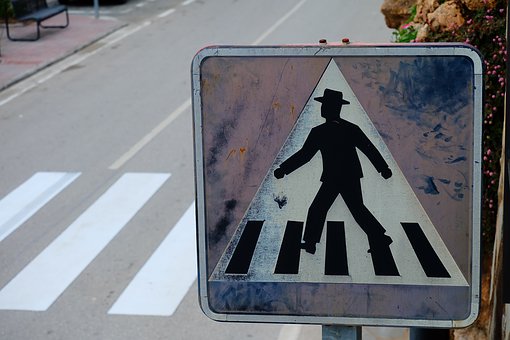 Most of us are very familiar with crosswalks and traffic signals.  We pass a few of them every day.  We might get stopped by a red light from one of them.  But have we ever stopped to think how much one of these things cost?

One of the bills introduced in the recent legislative session, Senate Bill 2004, tells the story of just one signalized crosswalk yet to be built.  (House Bill 2063 is identical.)

The crosswalk is to be located at the intersection of Vineyard Boulevard and River Street in Honolulu, at the edge of Chinatown.  It’s kind of a busy area for cars and people, with Vineyard Boulevard being six lanes of traffic all going Ewa (West, for you non-locals).

Apparently, our lawmakers agreed some time ago that a crosswalk with traffic signals is needed there.  Funds were appropriated for the project back in the Supplemental Appropriations Act of 2014.  At the time, $750,000 was set aside for both design and construction.

Although the 2014 budget act was signed into law on June 26, 2014, the text of Senate Bill 2004 recites that the funds were released in April 2015, ten months later.  That date is significant because the State’s fiscal biennium ended at the end of June 2015, at which point the funds appropriated in the 2014 bill were to lapse.  The Department of Transportation was able to get a contract signed to design the intersection, but not to construct it.  The design work seems to have cost about $230,000.

Because the crosswalk was still needed and wasn’t built yet, lawmakers took up the cause again in the 2016 legislative session and were able to get it included in the Supplemental Appropriations Act of 2016.  This time, the appropriation was for $523,000, which probably was what remained of the originally appropriated $750,000 after the design costs were taken out.

On November 9, 2017, the bids were opened.  Two bids were received, the lower of which was for $816,000.  That’s in addition to the design work that already had been done, putting the total project cost north of $1 million.  Because this new project cost is somewhat larger than the $750,000 originally appropriated for the project, Senate Bill 2004 asks for an additional $352,800 on top of the funds in the 2016 appropriation.  The bill says that “construction costs have increased over the intervening years.”  (That’s an increase of over 13% per year.  I must be in the wrong business.)

The median price of a single-family home, which includes design, construction, electrical work, plumbing, and the dirt on which all of it sits, was $760,000 in 2017 according to Honolulu real estate firm Locations.  That amount of money doesn’t seem to be enough to pay for one crosswalk with a traffic signal.  And a single-family home can be built much more quickly.

Is this the new normal? Is this a signal for the need to raise taxes again? Please tell me that it’s not!

This week our Legislature will be recessing after working on one of its important tasks: ...