If the Department is unable to pick up the phone, at a minimum, there should be published guidance available so taxpayers can find their answers, either by themselves or with the help of tax professionals.  Tax practitioners should be able to advise their clients on what that guidance says, and in this way can help get the word out where the Department needs it most.  We counted different kinds of administrative guidance and saw the total dropping consistently over the last several years, but there was an uptick in 2016.  We also note that the Department recently put up for public hearing a few meaty packages of administrative rules, which should help taxpayers and practitioners. 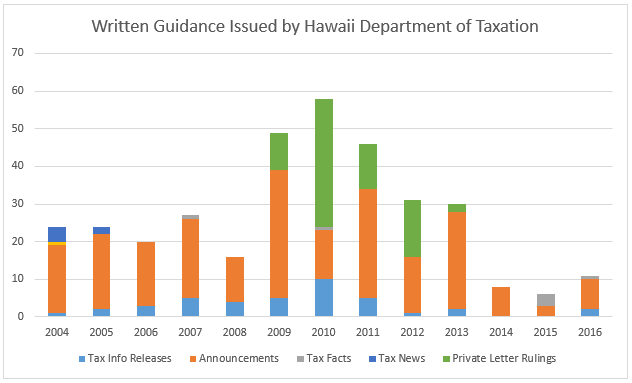 The number of taxpayers who the Department assisted in person tumbled an average 10% a year during 2011-2015.  The number rose a little in 2016, snapping the streak.  The Department has said more taxpayers are e-filing and doing other things electronically, so they don’t have to visit the Department.  We were worried that the drop might be due to taxpayers getting nowhere and giving up. 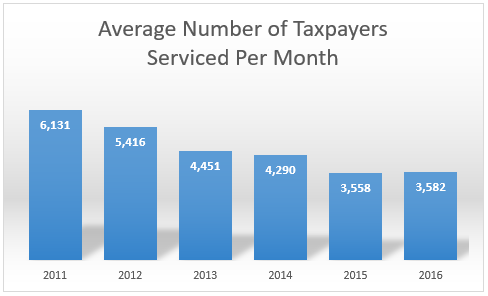 We wish that the Department will continue to provide robust customer service, including coming out with timely guidance, and we hope that the legislative and executive branches of government can provide adequate resources for the Department to do so.

By Lowell L. Kalapa As lawmakers head into the homestretch, it has become increasingly more...

First Circuit Judge Crabtree has ruled that the OHA LLCs are “agencies” for purposes of...

By Lowell L. Kalapa (Released on 8/25/13) In recent years when money became tight because...