From Federal Tax Reform:  The Impact on States by the Tax Foundation.

The key to understanding how federal tax reform would change state tax codes and revenues is conformity. For reasons of administrative simplicity, states frequently seek to conform many, though rarely all, elements of their state tax codes to the federal tax code. This harmonization of definitions and policies reduces compliance costs for individuals and businesses with liability in multiple states and limits the potential for double taxation of income.[10] No state conforms to the federal code in all respects, and not all provisions of the federal code make for good tax policy, but greater conformity substantially reduces tax complexity and has significant value. 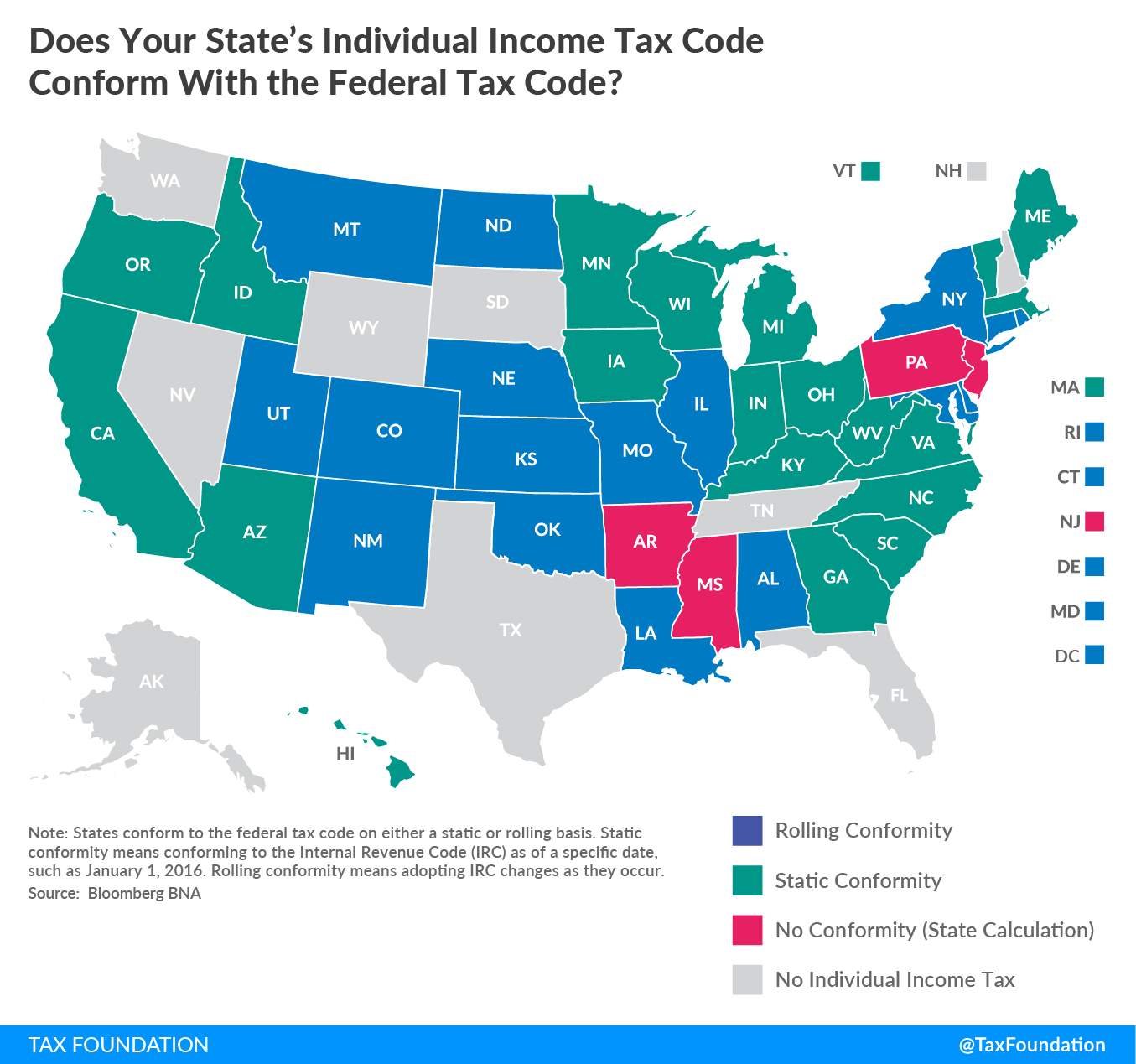 Even if a state uses federal AGI as its starting calculation, there can be adjustments (e.g., pension and retirement income, Social Security benefits, and federal deductibility) which diverge from the federal treatment of income.[11] Twelve states conform to the federal standard deduction, while 10 use the federal personal exemption.[12] Appendix A of this paper provides a full list for each state.

States also conform to the IRC for corporate income tax calculations. States tend to conform to either taxable income before net operating losses or taxable income after net operating losses. Forty-one states conform to one of these two definitions of income. Two states have their own calculation of income, and the remaining states either do not tax corporate income or impose a statewide gross receipts tax (see map below). 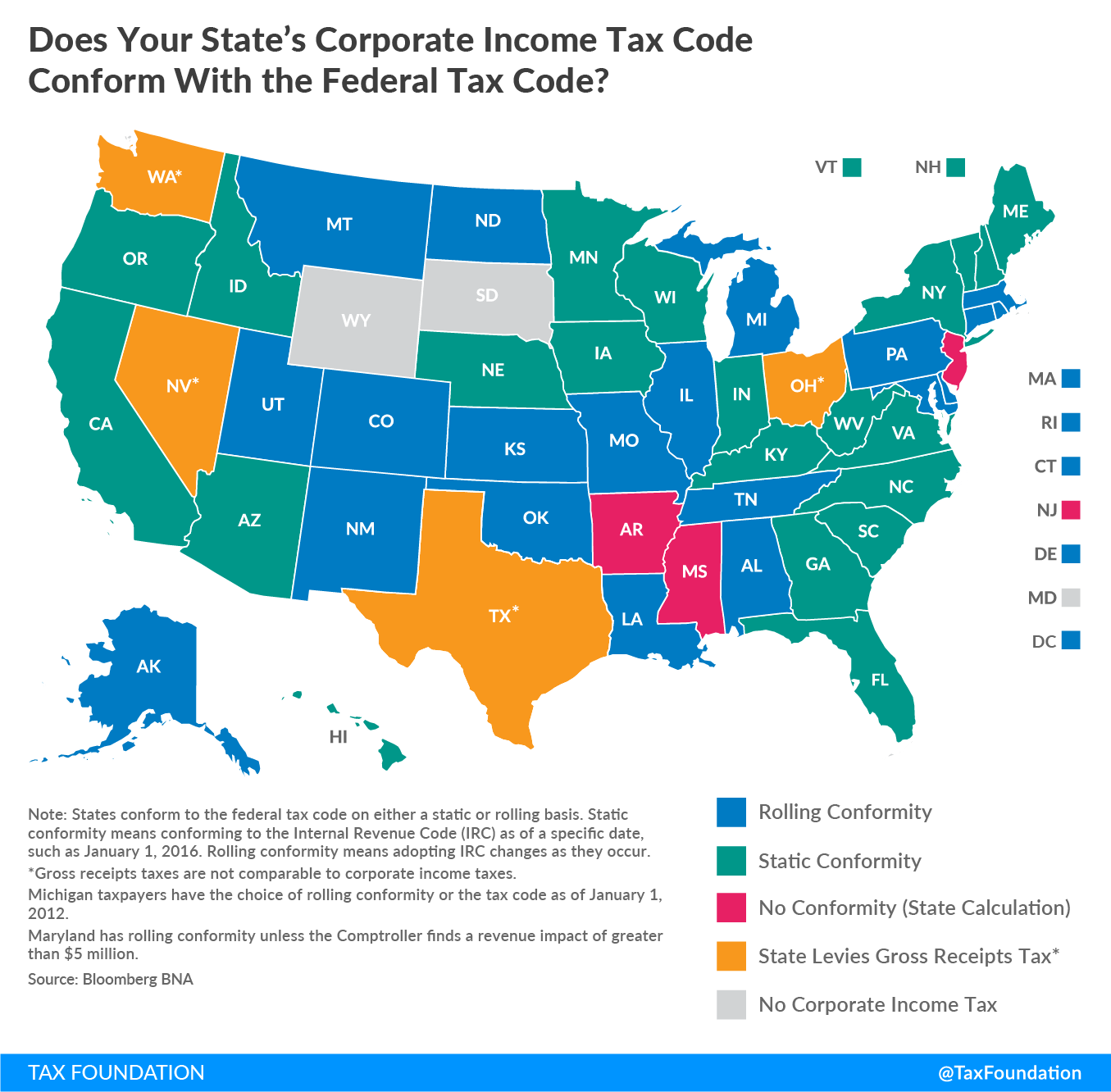 As with individual income taxes, states then also can adjust the base level of income. For instance, many states do not conform on the length of time that net operating losses can be carried forward or backward, but the majority of states do conform to federal Section 179 bonus depreciation schedules. (Appendix B provides for a full list.)