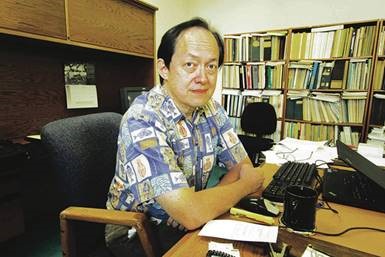 The president of the Tax Foundation of Hawaii said the proposed taxes “are based not on how much you make, but how far you drive or how heavy the car you use is”

Oahu vehicle owners could see their motor vehicle weight and fuel taxes, as well as their registration fees, rise significantly if both the Ige and Caldwell administrations get their way in the coming months.

Honolulu Mayor Kirk Caldwell last week told state lawmakers that his upcoming budget package will include increases in the city’s portion of the motor vehicle weight tax — by 1 cent in 2018 and an additional penny in 2019 — and the city’s share of at-the-pump fuel tax — by 3.5 cents a gallon.

Meanwhile, the vehicle owner who uses the average 750 gallons of gasoline annually (about 14.4 gallons a week) would pay about $26.25 more annually in fuel tax starting later this year, under the city’s proposal. At 20 cents a gallon, that’s a bill of about $150, up from the current $123.75 annually.

The money raised from the two tax hikes would generate about $60 million annually when all the new taxes are instituted by Jan. 1, 2019, city officials said. The money raised would go into the city’s highway fund to help pay for the operation and maintenance of the city’s 20-mile rail system, now scheduled to begin serv­ice at the end of 2025.

But that’s just the city share of the motor vehicle weight and fuel taxes.

Gov. David Ige’s administration is proposing to raise the state’s portion of the motor vehicle weight and fuel taxes, but also the state registration fee.

The vehicle owner using the typical 750 gallons of gasoline annually would pay about $165 annually in fuel tax starting July 1, up from the current $120.

What’s more, the Ige administration wants to raise the state’s registration fee to $75 annually, up $30 from the current $45.

Both the city and state proposals are far from becoming reality, however.

In 2013 Caldwell proposed the fuel tax go up 5 cents a gallon, to 21.5 cents a gallon, to help pay for road repairs and restoration of bus routes that had been cut due to budget restrictions. But that bill was shot down by the Honolulu City Council at its first reading, giving the measure the rare and dubious distinction of being precluded from getting a committee hearing.

In 2011 former Mayor Peter Carlisle attempted a 1-cent-a-gallon fuel tax increase that was also rejected by the Council.

Ige similarly was unsuccessful with the 2016 Legislature on the state side. Senate Bill 2938 would have raised the vehicle weight tax by a penny a pound, the fuel tax by 3 to 19 cents a gallon and the registration fee to $76.50. That proposal, which was presented as a means to raise funds for highway projects, was passed by the Senate but died in the House.

Tom Yamachika, president of the Tax Foundation of Hawaii, was among those who testified against Ige’s 2016 hike proposals. Both bills are regressive, he said. “The taxes are based not on how much you make, but how far you drive or how heavy the car you use is.”

Caldwell told lawmakers last week that his hike proposals are meant to show the city has “skin in the game” as he was lobbying them to extend Oahu’s 0.5 cent surcharge on the general excise tax to help pay for rail construction, operations and maintenance.

Yamachika is empathetic to the city’s situation. “They don’t have much in terms of options. They’ve got to use what they can,” he said.

Council Chairman Ron Menor and Budget Chairman Joey Manahan said they at least need to consider and get and feedback on Caldwell’s proposal.

Some of their colleagues, however, are skeptical.

Councilwoman Kymberly Pine said that if the fuel and vehicle weight taxes are raised, her West Oahu constituents would bear a larger brunt than those who live in urban Honolulu.

Pine said she’d rather the rail costs be paid for with the general excise tax surcharge because “it is the most fair and least burdensome.”

“Any proposal to raise taxes or fees needs a thorough examination by the City Council and the taxpayers,” she said.

Councilwoman Ann ­Kobayashi, among rail’s staunchest critics, said she doesn’t like the idea of asking taxpayers to pay more. If possible, “the city needs to really be tightening its belt,” she said. “We should look at ways we can trim the budget and make government more efficient.”

Another alternative may be to stop the rail project short of Ala Moana, perhaps at Aala Park, she said. “And then passengers could ride an express bus to Ala Moana, UH and Waikiki.”

The economy is improving BUT…. The host for this episode is Jay Fidell. The guest... 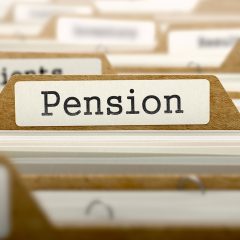 The full story can be found here.

Somebody should be addressing the problems found. The host for this episode is Jay Fidell....

No one’s wallet is safe! The host for this episode is Jay Fidell. The guest...

Good Government Depends on an Informed Public. In this episode of Community Matters, Tom Yamachika...