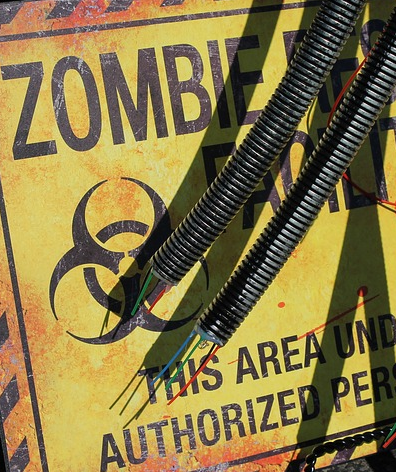 Although Halloween is over for this year, various ghosts and ghouls remain to haunt our society. Those include “Zombie States.”

Zombie States are states that are financially “dead” but are somehow shambling on, through a combination of hiding significant liabilities off the state’s financial report, compiling and filing the financial report so late that no one can do anything about it, and oppressively burdening the population by taking on huge amounts of liability per capita.  The director of research at Truth in Accounting, a national watchdog organization, coined the term to identify states that may be more likely than others to be taking on higher risk to address their debt problems.

We have recently written about our large amount of unfunded liabilities per capita, so we concentrate this week on timeliness of financial statements.  Timely release of financial statements is important.  If they are to be useful, they must be issued soon enough after the reported events to affect decisions.  However, there is no deadline for the release of a government’s Comprehensive Annual Financial Report (CAFR).  In the private sector, the Securities Exchange Commission (SEC) requires a publicly traded company to release its Form 10-K 90 days after its fiscal year-end for non-accelerated filers (less than $75 million), 75 days after its fiscal year-end for accelerated filers ($75 to $700 million), and 60 days after its fiscal year-end for large accelerated filers ($700 million or more).  One University of New Hampshire study found the average for states to be about 200 days.  That study also cited Acting Hawaii State Auditor, Jan Yamane, as saying that the governor stressed timely financial reporting because it was affecting bond ratings, and noted that Hawaii went from having one of the slowest issuance times in the nation to having a time that is better than average.

The following chart shows the number of months between the fiscal year end, June 30, and the date of the State’s CAFR as shown on the website of our Department of Accounting and General Services (DAGS). 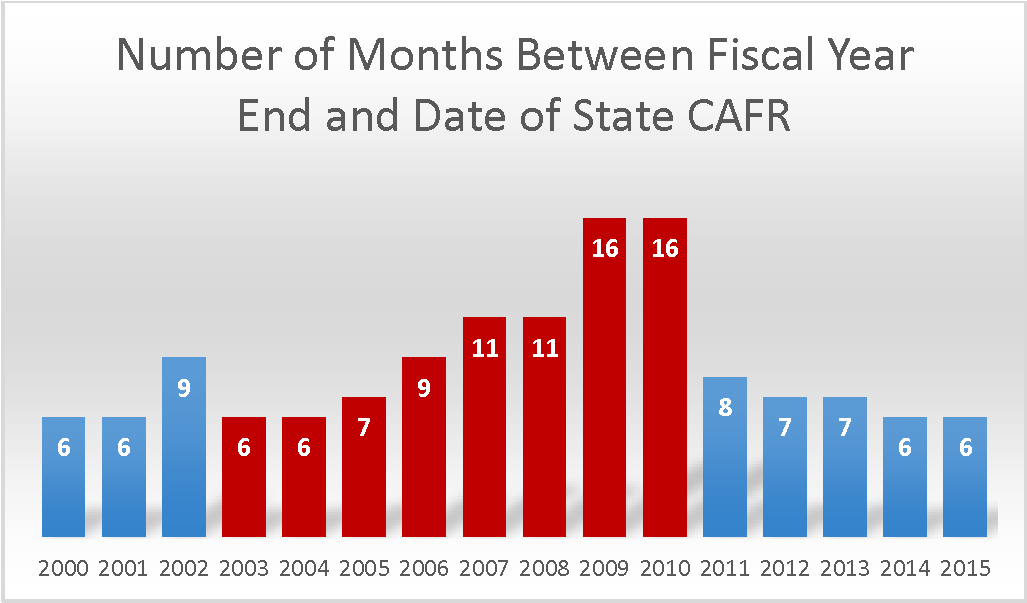 Source:  Compiled by Tax Foundation of Hawaii from DAGS website.  The bars are colored to indicate the political party of the Governor in office at the time.

With all of this, how about a statute that requires the release of a CAFR by a certain date, say December 31?  Twenty-two states have statutory deadlines, and the University of New Hampshire study concluded that those states complete their reporting significantly faster than those states without a deadline.  Having a deadline will ensure more timely state financial reporting to affect decisions, and we will also be less likely to sink into top zombie status as we were just a few years ago.

By Lowell L. Kalapa (Released on 8/25/13) In recent years when money became tight because...

By Lowell L. Kalapa It is time to take care of some misunderstandings about the...

By Lowell L. Kalapa Last week it was noted that the general excise is a...