This week we look at a sprouting new tax credit being considered by the Legislature.

Our Legislature traditionally acted to advance the production of renewable energy.  Since 2006, we have had a tax credit to encourage the production of ethanol (grain alcohol), which has come to be a commonly known additive to car fuel.  Unfortunately, no in-State ethanol production facility was ever built, so no one took advantage of these credits.

Last year, the legislature decided to replace this credit with one that would apply to renewable fuels other than ethanol.  It passed SB 349, which would have established a five-year renewable fuels production credit not to exceed $3 million per year.  But the bill was drafted to be usable only by local production facilities that used local feedstocks to produce the fuel.  The Attorney General raised concerns that these restrictions would violate the U.S. Constitution’s Commerce Clause, which doesn’t permit one State to discriminate against products produced by another State.  Gov. Ige vetoed the bill.

Renewable fuel proponents took another shot this year at enacting a renewable fuels credit, this time leaving behind the local fuel and local production restrictions.  That credit is now in SB 2652.  But there is a small complication.

The complication is that the House Committee on Energy and Environmental Protection snuck a second credit into the bill.  It’s called the organic foods production tax credit.  It provides a dollar-for-dollar reimbursement of the taxpayer’s “qualified expenses,” up to a maximum of $10,000 per year.  Qualified expenses are defined as expenses incurred to produce organic agricultural products, including expenses to obtain organic certification from the U.S. Department of Agriculture.  Farmers who make more than $50,000 in gross income from the sale of organically produced agricultural products are disqualified.  But farmers who make gobs of money from the sale of non-organic products would still be eligible.

This new credit provision appears to have come out of left field.  Technically, the bill is legal because its title is “Relating to Taxation” and the new piece of the bill is a tax credit.  But the topic of organic foods doesn’t seem to have much in common with renewable fuel.  Further, the organic foods production credit wasn’t in any bill heard this or last session.  Because the House popped it into a renewable energy bill that had come over from the Senate, the Senate never had a chance to hear from the public about that provision.  In the House-Senate conference that will consider this bill, the Senate will be forced into negotiating about whether to accept a bill provision that it hasn’t really deliberated before.

Whether or not an organic foods production credit is a worthy idea, the eleventh hour tactic of shoving it into a bill whose subject matter is at best a distant relative is not.  The public deserves to be protected from half-baked legislation.  Before a bill reaches the Governor’s desk, there should be adequate opportunity for both the House and the Senate to hear from the public on the substance of the bill and to deliberate on the bill’s fate after being adequately informed.  End runs around our legislative process, whether or not technically acceptable, lessen public confidence in our system of government.

We suggest that the legislature think long and hard about the current propriety of including this new credit in SB 2652 if it is to proceed further.  The organic food production credit can always be introduced next year for proper consideration.

By Lowell L. Kalapa Last week we took a shot at the home exemption explaining... 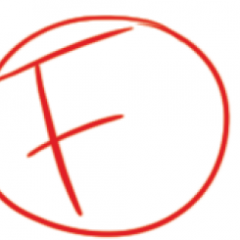 Here in Hawaii, we have weathered a major pandemic.  The primary driver of our economy...