By Nicole Kaeding of the Tax Foundation

Top statutory corporate tax rates range from a low of 4 percent in North Carolina to a high of 12 percent in Iowa. Iowa’s highest top corporate tax rate is followed by Pennsylvania’s, at 9.99 percent. Four states and the District of Columbia levy corporate taxes of 9 percent or more: Minnesota (9.84 percent), Alaska (9.4 percent), the District of Columbia (9.4 percent), Connecticut (9 percent), and New Jersey (9 percent). At the other end of the spectrum, six states have top rates at or below 5 percent: North Carolina at 4 percent, North Dakota at 4.31 percent, Colorado at 4.63 percent, and Mississippi, South Carolina, and Utah at 5 percent.

Twenty-seven states and the District of Columbia have single-rate corporate tax systems. The greater propensity toward single-rate systems in the corporate tax than in the individual income tax is likely because there is no meaningful “ability to pay” concept in corporate taxation. Jeffery Kwall, Professor of Law at Loyola University Chicago School of Law, notes that:

A single-rate system minimizes the incentive for firms to engage in economically wasteful tax planning to mitigate the damage of higher marginal tax rates that some states levy as taxable income rises. 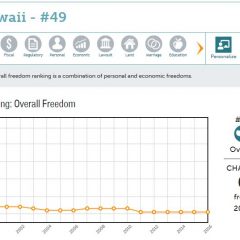 This is from the Institute on Tax and Economic Policy (ITEP). Read this report in...