A few days ago, the United States Tax Court decided a case that is important to small business owners in several states, not just Hawaii. It’s important because 77% of small businesses are organized as “pass-through entities,” such as partnerships, LLCs, or S corporations, where the business entity doesn’t pay the income taxes associated with the business but its owners do. The question is whether those taxes belong to the business or the individual owners.

Here’s why it matters: A state income tax that belongs to a business generally can be deducted by the business, but a state income tax that belongs to an individual might not be. Let’s look at an example. Suppose I’m a married business owner in Hawaii and my business brings in $210,000. I pay state income taxes of $20,000 on my business income. First, let’s look at the federal consequences. If the tax belongs to the business, my adjusted gross income (AGI) is $190,000. I pay income tax and self-employment tax on the $190,000. If the tax belongs to me, my AGI is $210,000 and the $20,000 goes to Schedule A. I probably won’t be able to deduct all of the $20,000 there because there are rules that start eating away at the $20,000 once my AGI goes over a certain amount so I can’t deduct it all. And even if I pass that test, state tax is considered a “preference item” for Alternative Minimum Tax, a second federal income tax system, lurking behind the one we all know and love, that is designed to catch people who the government thinks aren’t paying enough tax although they are able to legally and legitimately decrease their tax. And then, to top it off, I need to pay self-employment tax on the $210,000.

The case is Cutler v. Commissioner, T.C. Memo. 2015-73. A lawyer named Cutler got in a fight with the IRS. He was a partner in a law partnership. The partnership did business in several states and paid income taxes in those states. He claimed that the taxes were because of the business and could be deducted on Schedule E. The IRS pointed to a Temporary Income Tax Regulation, 1.62-1T(d), which said that, “taxes are deductible in arriving at adjusted gross income only if they constitute expenditures directly attributable to a trade or business or to property from which rents or royalties are derived. Thus, property taxes paid or incurred on real property used in a trade or business are deductible, but state taxes on net income are not deductible even though the taxpayer’s income is derived from the conduct of a trade or business.” Thus, the tax belonged to the individual, and the deduction would have to be taken on Schedule A. The Tax Court felt bound by the regulation. IRS wins.

One troubling aspect of the regulation is that it is temporary. Regulations normally aren’t effective until the public gets notice and an opportunity to comment on them. But temporary regulations are effective immediately, on the theory that they give the public some guidance while the notice and comment process is playing out. This particular regulation, however, dates back to 1986! In 1988, the federal law was changed so that temporary regulations would have to expire in three years. This one apparently was grandfathered in, and has ruled people’s lives for almost thirty years without proper consideration of public comment. Maybe it’s time for a good, fair, and honest debate about the policy behind this regulation, since that debate hasn’t yet happened. 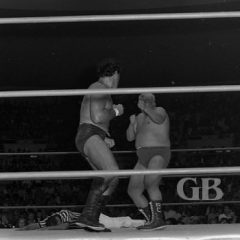 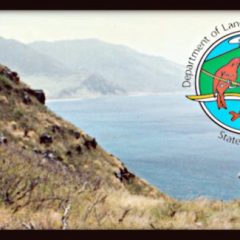 By Lowell L. Kalapa      One of the most disturbing facets of life here...