Individual income taxes are a major source of state government revenue, accounting for 35 percent of state tax collections.[1] Their prominence in public policy considerations is further enhanced by the fact that individuals are directly responsible for paying their income taxes, in contrast to the indirect payment of sales and excise taxes. To many taxpayers, the personal income tax is practically synonymous with their own tax burdens.

Of those states taxing wages, eight have single-rate tax structures, with one rate applying to all taxable income. Conversely, thirty-three states levy graduated-rate income taxes, with the number of brackets varying widely by state. Three states—Kansas, Nebraska, and Oregon—impose two-rate income taxes. At the other end of the spectrum, three states have ten or more tax brackets, led by Hawaii with twelve. Top marginal rates range from Pennsylvania’s 3.07 percent to California’s 13.3 percent.

In some states, a large number of brackets are clustered within a narrow income band; Missouri taxpayers reach the state’s tenth and highest bracket at $9,001 in annual income. In other states, the top marginal rate kicks in at $500,000 (New Jersey) or even $1,000,000 (California, if one counts the state’s “millionaire’s tax” surcharge).

States’ approaches to income taxes vary in other details as well. Some states double their single-bracket widths for married filers (avoiding the “marriage penalty”) and index tax brackets, exemptions, and deductions for inflation; many others do not. Some states tie their standard deductions and personal exemptions to the federal tax code, while others set their own or offer none at all. In the following table, we provide the most up-to-date data available on state individual income tax rates, brackets, standard deductions, and personal exemptions for both single and joint filers.

Several states changed key features of their individual income tax codes between 2014 and 2015. These changes include: 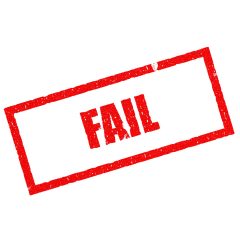 The financial site WalletHub has come up with its 2019 ranking of states with the...