Among the many tax bills that we follow in the legislative hopper this session, most have generic titles like “Relating to Taxation” which say very little about the bills’ contents.

There is one, House Bill 1307, that is titled, “Relating to Fair Taxation.” Ten Representatives signed onto the bill, so it definitely deserves some attention. The bill’s preamble language, which is supposed to give the reader some idea of what is motivating the law change proposal, states:

The bill attempts to correct this imbalance by enacting new income tax rates to go into effect beginning next year. The lowest rate of 6.7% applies to the first $28,800 of taxable income earned by married taxpayers filing jointly resulting in a tax payment of $1,930.

Our current law has 13 different tax brackets, three of which are supposed to be expiring at the end of this year. The same married couple at the federal poverty line already blows through the first three brackets and is in the fourth bracket at 6.4% with a tax bill of $1,363.

For couples making $300,000, $350,000, or $400,000, the top tax rates are 9%, 10%, and 11% respectively. These rates are scheduled to expire at the end of this year. The bill subjects those couples to top tax rates of 11%, 13%, and 15%, which would allow Hawaii to reclaim its title of the state imposing the highest income tax rates upon individuals. In other words, not only would this bill undo the rollback of rates that were promised to taxpayers in 2009 and increase everyone’s tax bill, but it would hoist the top tax rates by more than a third. Is that the bill proponents’ idea of tax fairness?

Why do we care about tax rates? Our lawmakers keep saying that they are working hard to find ways to help our economy grow. But, according to research compiled by the national Tax Foundation in a rebuttal article to the Institute of Taxation and Economic Policy study cited in the bill, nearly every economic study of taxes and economic growth found that tax increases harm economic growth, with the most severe effects coming from corporate taxes, followed by personal income taxes, consumption taxes, and property taxes. Corporate and shareholder taxes reduce the incentive to invest and to build capital. Less investment means fewer productive workers and correspondingly lower wages.

To be sure, it is early in the legislative session. This bill may never see the light of day. But the overall concept – adjustment of income tax rates – is likely to come up again, because if there is no legislative action this session the income tax rates enacted in 2009 will sunset. Vigorous discussion of such ideas is a necessity, even if it’s just to focus our attention on what changes we need to have. 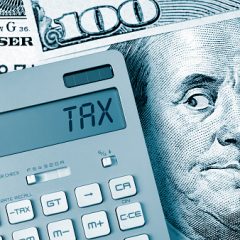 By Lowell L. Kalapa (Released on 11/10/13) Whew, we dodged the bullet sighed many beneficiaries...

By Lowell L. Kalapa As the campaign battles roar on, it has become obvious that...