Courtesy of the Grassroot Institute of Hawaii: 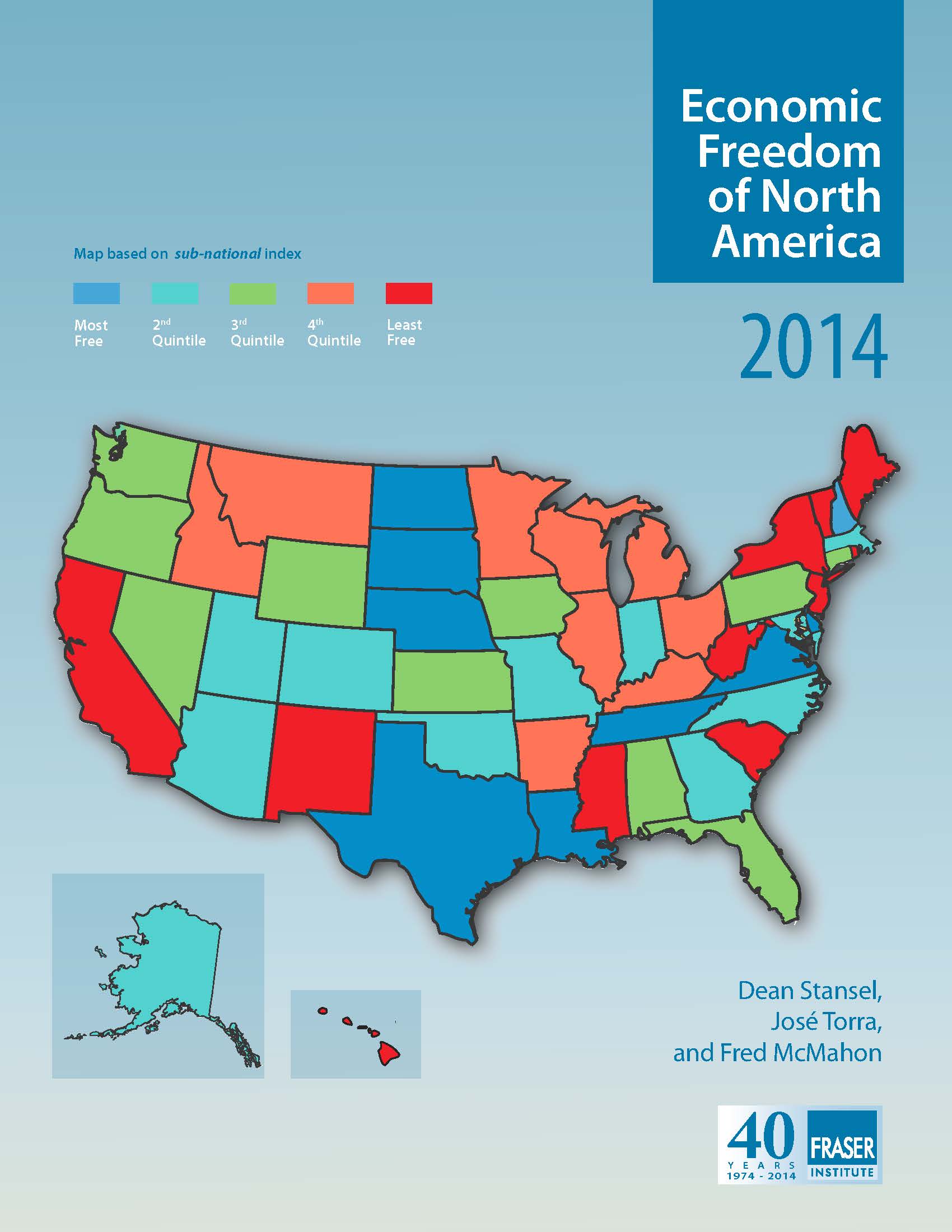 Texas and South Dakota have tied for the highest level of economic freedom among all U.S. states, finds a new study released today by the Fraser Institute, an independent, non-partisan Canadian public policy think-tank. Hawaii is tied for 40th on this year’s index of how the 50 states perform on economic freedom.

The report ranks jurisdictions based on their levels of economic freedom (measured by size of government, taxation and labor market restrictions) using data from 2012, the most recent year of available data.

“Hawaii’s poor ranking–tied for 40th out of all states and in the bottom 3rd quartile overall–demonstrates the need for statewide economic reform,” stated Keli’i Akina, Ph.D., President of the Grassroot Institute of Hawaii. “If we are to strengthen Hawaii’s economy and create a more welcoming environment for business and entrepreneurship, we must look to policies that will lessen the burden of regulation and government restraint on the market.”

“The freest economies operate with minimal government interference, relying on personal choice and markets to decide what’s produced, how it’s produced and how much is produced. As government imposes restrictions on these choices, there’s less economic freedom,” Stansel said.