One of the issues that has popped up in the campaign debates is pensions. One candidate slams the other for voting to tax pensions. The other candidate retorts that they were thinking about the issue but never actually approved a tax on pensions.

Oh? We don’t tax pensions? Does that mean payouts from retirement vehicles like IRA’s and 401(k) plans are tax exempt?

The actual answer is a bit more complicated. Let’s not be fooled by the rhetoric and let’s take a look at the actual law.

Current Hawaii law treats distributions from retirement plans the same as federal law, with a couple of exceptions. The exceptions, which are contained in some incredibly short Hawaii statutes and have been fleshed out administratively, say that the payment is not taxed if the plan was funded by the employer, and the payment is made because of retirement, disability, or death. Other states don’t have anything like these exceptions.

Thus, payments from “defined benefit” plans may be eligible for this exemption because they are completely funded by the employer. The state’s Employees’ Retirement System plan is eligible as well. Defined benefit plans used to be popular but are very rare today because governments and other employers are finding them prohibitively expensive. Also, to give you an idea of how old the exemption is, the law doesn’t care about whether the plans are federally qualified plans. The “kanaka plans” that used to be offered by the sugar plantations are eligible for this exemption. (By the way, if the exemption is this old, I wouldn’t begrudge anyone the right to take a look at it to see how well or how poorly it applies to today’s world.)

Furthermore, the Hawaii exemption is available only upon retirement, disability, or death. Thus, if an employee quits and takes a payout, that payout is taxable even if the plan qualifies.

Finally, the exemption applies without limit. So if a retired executive gets a million-dollar payment from an employer-funded plan, every dime of that payment escapes state tax.

Those contours of the law as it now exists present a situation that definitely is not as simple as just saying, “Pensions are exempt in Hawaii and not in any other state.”

Some of the folks in the campaign debate say that allowing tax on pensions violates some sacred trust. Employees started working for their employers with an understanding that their pensions would be exempt, and may find that the rules are different when they actually retire. But excuse me, many of us started working before 2010 when our maximum tax rate was hoisted to 11%. Was some kind of sacred trust violated when the tax rates went up? Even if it was, it sure didn’t stop our lawmakers from hiking them.

The more important and far-reaching question is whether these higher rates will be allowed to expire on schedule at the end of 2015. That needs to be part of the debate too, but neither candidate has focused on that so far.

In the meantime, let’s look at the real issues and let’s look forward to thoughtful consideration of them in the 2015 legislative session. 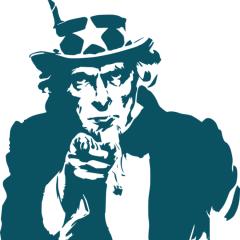 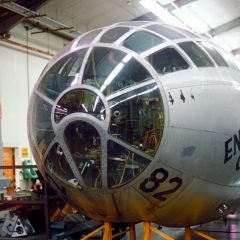