The Department will hold three public hearings on Friday, October 24, 2014, at the Princess Ruth Keelikolani Building, Room 310, 830 Punchbowl St., Honolulu, HI 96813, to allow the public to comment on the proposed adoption of the following administrative rules.

The Tax Foundation of Hawaii has submitted the following comments on the proposed rules.

At the hearing on October 24:

At the hearing on November 10:

The Department will hold three public hearings on Friday, October 19, 2018, at the Princess... 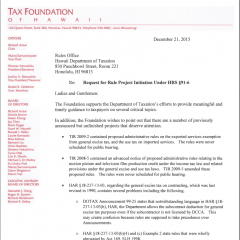 The Department has adopted three sets of temporary administrative rules.  They took effect on April...

What is the Tax Review Commission and why should you care? Article VII, section 3...

The Department will hold five public hearings on Tuesday, October 17, 2017, at the Princess... 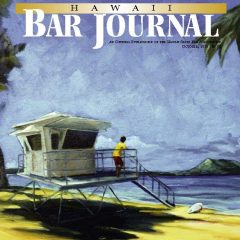 The Hawaii Tax Review Commission is now working on its review of Hawaii’s tax system. ...