One feature of our legislative session is that a lot of work needs to get done in a short amount of time. When that happens, there are “oops” moments. The resulting problems need to be fixed, of course, and there are different ways to accomplish the fix.

For example, let’s take a look at Senate Bill 2896 in the current session, which was just signed into law as Act 42. It turns out that Act 135, Session Laws of Hawaii 2003, inadvertently deleted some language in the law that imposed the 0.5% general excise tax rate on tangible personal property sold at wholesale. Oops. This bill restores the language that was sliced out by mistake.

In the ten years that passed between then and now, no one acted like anything was wrong. Businesses were allowed to report wholesale sales as usual and no one raised a fuss. So now, it seems appropriate that the problem be fixed. It’s a wonder why it took a decade to fix it, but that’s another issue. Ho-hum, let’s clean up the statute books and move on.

Another bill the Department of Taxation was sponsoring was Senate Bill 2890, which was just signed into law as Act 43. That bill cleans up some language in our income tax law. The current language talks about our estate tax law and refers to chapter 236D of Hawaii Revised Statutes. However, there are actually two chapters, 236D and 236E. Both are estate tax laws, but 236D applies to situations and transactions occurring before January 25, 2012, and then 236E applies to January 25 and thereafter. Oops. Let’s make this fix retroactive to January 25, 2012 so there are no coverage gaps. Ho-hum, let’s clean up the statute books and move on.

You may remember that the way most credits in Hawaii work is that any person or business needs to file a credit claim within a year after the creditable event occurs, and after that year is up you can’t make a new claim or change the claim you originally filed. But there is a special provision in this law that says you can claim these credits in the year in which the qualifying expenses are incurred or in any later year. Which means that a business that is due more credits from 2008, 2009 and later years, under the new formula, will now be able to collect the credits from prior years.

Wait a minute. Is that kind of thing really an “oops”? The formula in the law looks pretty clear, and the forms to claim the credit are drawn to follow that law. If it was wrong from the beginning, why did it not get noticed for five whole years? To err is human. We make mistakes. But what we do in response to those mistakes can range between making things right and really messing things up. We just need to hope that those entrusted with our state’s finances are wise enough to tell the difference. 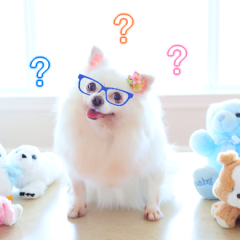