Even before the current transient accommodations tax (TAT) was adopted in 1986, the very thought of taxing visitors has always been politically attractive. After all, tourists don’t vote for local politicians.

However, the problem with that hypothesis is that while the visitor pays the tax as it is “passed on” by the hotel or accommodation, it is the economy, as a whole, that winds up bearing the burden of the tax. The same can be said of the counties as they levy a much higher real property tax rate on hotel and resort properties than on other commercial or business properties let alone residential properties and homeowners.

This has become no more evident than in the latest report of general fund tax collections produced by the department of taxation. Every month the department issues a “Preliminary Comparative Statement of State General Fund Tax Revenues” which provides tallies of the major tax resources of the general fund. Of course, this report includes the largest source of tax revenues, the general excise tax, and the net individual and corporate income taxes, as well as the collections for the TAT.

State economists, on the other hand, believe that the sharp increase in hotel room rates experienced this past year cut into the discretionary spending of visitors. The combination of the higher rooms rates and the hike in the TAT rate to 9% appear to have eaten into the visitor’s budget. As a result, less was spent on everything from tours to canoe rides to souvenirs. On the other hand, one would think that the higher room rates would also have resulted in increased general excise taxes collected on those room rentals. Apparently those higher room rates and, therefore, higher general excise tax collections on the room rentals, were not enough to offset the pull back on visitors’ discretionary expenditures.

If, in fact, this is what happened, it underscores the hypothesis that increasing the TAT rate on room rentals merely steals dollars that would otherwise have been spent by the visitor on other goods and activities. Thus, in the end, the people who suffered were all of those businesses who would otherwise have benefitted from visitor spending.

What observers have long opined is that the leisure visitor comes to Hawaii on a budget. So much has been planned for the “vacation of a lifetime” and when major nondiscretionary expenses, called shelter or the hotel room, eats up more of the budget, what is left to spend has to decrease. There is less dining out or less fine dining, more stops at the fast food counters or in the mini markets. There is less on-premise consumption of alcoholic beverages. This, in turn, affects those who work in the bars and restaurants that depend on the visitor traffic. Hours may be reduced or positions eliminated because there isn’t enough business to justify a fully-staffed shop.

So while state and county officials may rub their hands with glee at the thought of making the visitor pay more for that hotel room by jacking up the TAT rate or levying higher real property tax rates on hotel/resort properties or time shares, in the end those higher tax collections come at a cost for all those other businesses and employees who depend on that visitor dollar. Elected officials must realize that, unlike the business traveler who may be traveling on a corporate expense account, the leisure traveler – who is the bulk of Hawaii’s visitors – has a bottom to his or her travel barrel.

In this case, officials have to realize that raising taxes on the visitor is beginning to have a negative effect on the state’s economy. In this case, it is much like that old movie title, “Something’s Gotta Give.”

By Lowell L. Kalapa Although there appears to be a lot of the “politics of... 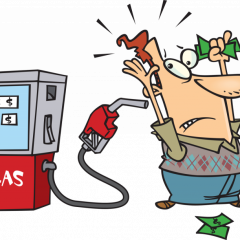 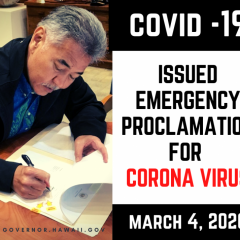 Several times in this space, we have discussed the Governor’s emergency powers.  Our laws (chapter...

Recently, the University of Hawaii announced that it was going to take steps to combat...

By Lowell L. Kalapa Not every thing the legislature does is necessarily a failure; there...