One of the idiosyncrasies of the real property tax is an action taken by a county or City council called compromises. Compromises usually apply to exempt properties where the exempt owner, usually a nonprofit organization, was disqualified from claiming the exemption because it could not conduct its exempt activity on the property on the first day of the new fiscal year. To the uninformed and uninitiated, it looks like the council is granting the exempt organization a “special deal” as the assumption is made that the organization did not file an application for exemption by the prescribed deadline.

While this may true in some cases, it is not a true generalization. When the real property tax staff or department makes a recommendation for a tax compromise, it is usually because for one or another reason the nonprofit did not meet all the requirements that would have qualified the nonprofit on the first day of the fiscal period for which the exemption should have applied.

Two cases cited were as a result of the organizations not having the ability to occupy the property for the exempt purpose because of delays caused by another City department, and more specifically, the department of permitting and planning (DPP). In one case, the DPP required a conditional use permit (CUP) that necessitated the installation of a fire hydrant adjacent to a federally funded highway since the facility to be occupied did not have a sprinkler system. Approval had to be secured from the state highway department because it was adjacent to the federally funded highway. The nonprofit had filed for the exemption on time, but because it could not occupy the facility, the exemption was originally denied. Had this CUP not been imposed, the organization would have been able to occupy the facility well before the filing deadline.

Similarly, another nonprofit organization entered into a lease to occupy an older facility which was in need of electrical and plumbing upgrades. However, the processing of the necessary permits took longer than expected, and the organization could not occupy the facility before the deadline for the exemption and, therefore, was denied the exemption for that year. Had DPP processed the necessary electrical and plumbing permits, the organization would have been able to occupy the building well before the deadline for the exemption.

Another criticism levied is that when it comes to a nonprofit organization, the City or the counties do not maintain current valuations of such properties. Some critics have called for the real property assessment division to regularly revalue such properties and call for the allocation of county resources to do so. The problem is, as we all know, county budgets are tight and in some cases shortfalls are predicted. Thus, it makes little sense to expend what limited county resources there are on annual reassessments of parcels of real property which are exempt and will produce no revenue for the City or the counties.

Certainly, if the real property assessment division was given unlimited resources, annual reassessments of exempt real property would be nice to have. However, if that reassessment comes at the price of not doing an accurate assessment of those properties that will generate revenue for the City or counties, then it would be a disservice to those real property owners whose parcels are taxable.

While subjecting such currently exempt properties to the real property tax may not be a very popular idea, it would provide the resources to regularly revalue such exempt property and county leaders would then have a better idea of how much forgone revenue was lost because of the exemptions. 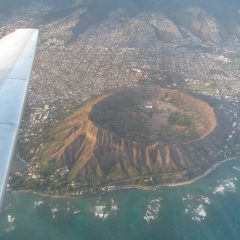 After going through the hundreds of bills introduced in the 2020 Legislature, a few themes...

By Lowell L. Kalapa After last week’s column about the origins of the public service... 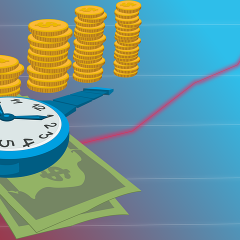