News of the very generous pay increases granted to police officers sent shock waves through the ranks of city and county officials across the state generating calls for “revenue enhancements” or tax increases.

Although those increases will probably not occur immediately as the county budgets for the current fiscal year have already been adopted and the real property tax rates have been set for the current fiscal year, given the magnitude of the pay increases granted in this last go around, there is no doubt that those contracts that have yet to be settled or negotiated for the “out” years will require county elected officials to search for new revenues.

If raising new revenues strikes terror in the hearts of taxpayers, raising revenues carries images of political suicide for elected officials. The problem is that both constituent taxpayers and elected officials have allowed local government to grow well beyond the core functions that were originally the province of the counties after state and local government functions were reorganized back in 1965. At that time, responsibility for the education system and the health system, including the public hospitals, was turned over to the state and the counties were given functions that were unique to their geography such as public safety, sanitation, and community recreation.

Once the values were established taking into account the various exemptions and dedication provisions, the taxable values for real property in each county were turned over to the respective county councils to determine the rates based on the revenue needs of that county. Thus, the counties felt that they really had no control over the tax other than to set the rates. They believed that if they had full control of the tax, they could raise all the money they needed to operate county government.

However, once the constitutional convention and the voters handed complete control over the property tax to the counties, county officials realized that taxpayers could place the full blame on the county officials as there was no longer the duality of responsibility between the state legislature and the county elected officials. Thus, pressure was brought on local officials to chip away at the real property tax to provide special breaks, breaks that limit the revenue generating capacity of the real property tax.

When it became obvious that being completely responsible for the real property tax meant taking the political blame for “increasing taxes” at the county level, county officials broke their earlier promise and found themselves back at the doorstep of the state legislature asking for financial help. This time they focused the blame on the visitor industry citing the fact that visitors were placing a heavier burden on county beaches and parks and, therefore, they should be given a portion of the newly established transient accommodations tax (TAT) to offset these added costs.

Despite the ability to determine the policy of the real property tax and the rising values of real property as well as benefitting from the windfall of TAT collections, county governments have continued to expand programs and services beyond what now appears to be their ability to raise sufficient revenues to support those programs as well as the “core” services they were originally asked to provide.

Thus, while county officials will continue to search for revenue enhancements over the next few months, they must also give a good hard look at reining in many of the programs that have been added on to the county agenda over the years which simply are not “core” services. 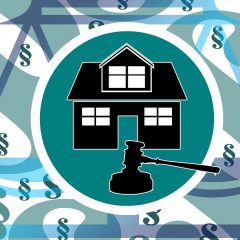 This week we are taking up as a new and noteworthy development Bill 17 being...

By Lowell L. Kalapa Now that the candidates have filed their papers to run for...