A few politicians are a bit bent out of shape because this year’s session of the legislature did not approve an increase in the minimum wage which is perhaps a confirmation of what many have known for a long time, that is that those critics probably never held a real job or never ran their own business.

Surprising as it may seem, there are many folks who don’t even have some of the basic skills for holding down a job such as arriving at one’s job on time or putting on shoes and socks or dressing appropriately for the job. While one would assume that most of the minimum wage earners are inexperienced high school or college students who have never worked a day in their life, it is also no surprise that there are adults with little or no job skills who are earning the minimum wage. Thus, it is not uncommon to find an employer more than willing to hire a retiree to fill some simple jobs like those at a fast food restaurant as the employer can depend on that seasoned retiree to at least show up to work on time and to be able to take directions and execute their duties efficiently.

And lest politicians believe that it is just another dollar or two if and when the minimum wage increase is adopted, they need to think again. There are a number of mandatory benefits the employer must pay that are based on the amount of wages paid for that employee. The two largest coverages based on the employees’ wages are unemployment insurance and workers’ compensation insurance. As compensation increases, so do the premiums for these mandatory insurances. So it is not just the $9.25 that will increase the cost per employee, but also the fact that these insurance premiums will increase as well.

Again, we all need to remember when we started on our career pathway as high school students looking for our first summer job. What was that question that we kept on getting from a prospective employer, “So what kind of work experience do you have?” The other question was something like, “What sort of job skills do you have?” And probably the most practical job skill that high school students may have possessed at that point was “typing,” now known as keyboarding.

Having no previous job experience and with only typing as a usable job skill, the employer took a gamble on us high school students because we could be paid the minimum wage. With the higher minimum wage that is being proposed, employers will think twice about whom they hire and how much they will pay for an unskilled worker. Again, the minimum wage was never meant to be a “living wage.” It was always meant to be an entry level pay rate.

Given how fragile the state’s economy is and being dependent on the fickleness of the visitor industry, a major increase in the minimum wage in a relatively short period could doom businesses in Hawaii, especially small businesses and increase the cost for those that can survive with the higher minimum wage. Sure, it may be popular with those employees being paid the minimum wage, but then again how will that higher minimum wage being proposed preclude unskilled workers from ever entering the workforce?

By Lowell L. Kalapa Between a robust economy fueled by rising visitor arrivals and frugal... 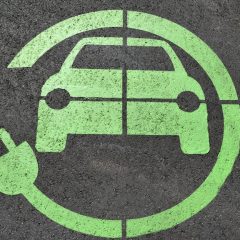