With the recent experience of tax incentives in the form of tax credits, lawmakers are beginning to shy away from adopting tax credits for this or that type of activity. However, lawmakers seem to continue to believe that the tax code can help shape social policy.

One proposal that has been around for a long time and continues to be introduced, is the state adoption of an “earned income tax credit” (EITC) like that afforded under the federal income tax code. Advocates of the EITC argue that the credit helps the poor to “lift themselves” out of poverty by encouraging those who have dependents to go to work. The federal EITC provides an incentive to low-income households to remain in the workforce. It is targeted at households with children, but the credit is also available at a lower amount to low-income households without children. The credit is based on a number of tests for earned income, investment income, number of qualifying children, dependency, etc. Given the complexity of the credit, the IRS will optionally calculate the amount of the credit for taxpayers. The IRS reports an error rate of greater than 25% for this credit.

Many of the proposals that have been introduced in recent years would adopt an earned income credit by merely taking a percentage of the amount that the taxpayer would be eligible for under the federal table or determination. However, local lawmakers often do not realize that the federal EITC was originally established to offset the burden of Social Security payroll taxes that might have otherwise been paid to workers but were instead paid to the federal government by the employer. Enacted in 1975 at the federal level primarily as a means of tax relief, the credit was expanded three times during the 1980’s and 1990’s to boost income from work and lessen poverty among families with children. In other words, it became a tool by which the federal government undertook social policy beginning with the first expansion of the credit in 1986.

It should be noted that the date of the first expansion was also the year that the federal Code was dramatically restructured, eliminating a number of tax benefits such as the deduction of consumer credit interest, deduction of state sales taxes, and institution of a minimum tax for those taxpayers receiving generally exempt income. It was also the year that rates were dramatically reduced, and together with the standard deduction and personal exemption, rates were indexed.

Thus, what started out as a mechanism to “refund” payroll or Social Security taxes that might otherwise have been paid to low and moderate-income workers has turned into a subsidy for these families. While federal policymakers have the luxury of expending millions of dollars to accomplish a social goal through the tax system, state lawmakers do not have the same level of resources.

What should also send up “red flags” for lawmakers is that most of these proposals tie the amount of the proposed state EITC to a percentage of the amount of the federal credit that could be claimed by an eligible individual. Although it would obviate the need to calculate the number for the state credit, it ties the revenue impact of the state credit to the amount provided by the federal Code. The problem then is if Congress decides to change or sweeten the credit, the cost to the state treasury would then be out of the control of local policymakers. If the intent of state lawmakers is to alleviate the burden on the low and moderate-income workers, their efforts should focus on the state income tax burden as it affects these families. Hawaii has one of the lowest thresholds of the some 43 states that levy a state income tax.

Another attempt to use the tax laws to socially engineer human behavior surfaced in a resolution adopted by the House this past session that calls for an evaluation of imposing a “sales tax” on “discretionary” foods while lifting the general excise tax imposed on “essential” foods. In the eyes of the introducer of the resolution, not only would this shift encourage the purchase of “healthy essential” foods, but it would also help to raise additional revenue by taxing the purchase of “discretionary” foods such as processed foods, candies, soda and other nonessential food.

While it may sound like a good idea, it basically reflects the ignorance that in many cases it is the poor who are only capable of purchasing the cheaper processed food alternative. Then again, when one is a lawmaker taking public tax dollars, who cares about what the poor are able to afford. So much for social engineering.

By Lowell L. Kalapa Throughout this past session the phrase it’s not perfect, but it... 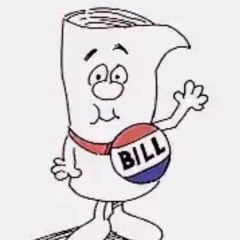 The Hawaii Legislature is done for the year.  Its last day for this session was...