One of the opportunities that sequestration presents is the realization of just how dependent the American public is on federal programs and services.

The long arm of the federal government has reached into every nook and cranny of American society that it is very difficult to think that with all of the possible cutbacks in the federal budget some of the programs and services may disappear. Sequestration is an opportunity that taxpayers should take to examine just which services are truly essential to the health and safety of the community. No doubt those who benefit from a specific federal program will declare that program to be essential and that is why elected officials find it difficult to deal with the idea of cutting federal spending. After all, they delivered on promises they made to their constituents and know that if that program is on the chopping block they just might not get reelected.

The cries that the “sky is falling” have yet to materialize into real disasters. Having known for a long time that the party could not go on forever, federal agencies already had plans in place on where the cuts could be made without disrupting the normal flow of services. True, it is not business as usual, but, on the other hand, federal bureaucrats have methodically examined how the reductions in federal dollars can be accomplished without an all out collapse of day-to-day operations.

However, what most taxpayers don’t realize is that sequestration applies only to those expenditures that are considered “discretionary” even though many may think that federal programs, like the defense of the country, are essential. In fact, the bigger chunk of the federal spending pie is considered non-discretionary and that includes payments for Social Security, Medicare, and Medicaid.

Those programs are hot potatoes as the elderly, disabled and the poor are dependent on those payments. Because Social Security and Medicare are programs for which specific taxes were earmarked, the beneficiaries of those programs believe they are “entitled” to those payments. As a result, elected officials fear making changes or reducing benefits or, for that matter, raising taxes to offset the drain on those funds. But like the rest of the federal budget, those programs are hemorrhaging as well and administrators have sent Congress and the White House red flags about the funds running out of money in the not so distant future.

Although it would be a disaster for elected officials to alter the benefits for those who are currently receiving or about to receive benefits, there is no reason why Congress cannot begin to warn future retirees/beneficiaries that the generous benefits being handed out today will not be possible for those future beneficiaries. By making changes that will apply to future beneficiaries, those currently in the workforce can prepare for a Social Security system as it was originally meant to be, a supplement to retirement savings.

Another possibility is reducing the cost-of-living increases granted to beneficiaries. While those in the workforce will decry not receiving annual adjustments to their benefits when they retire, that has to be looked at with the alternative of substantially increasing the taxes currently being paid. Given the sophistication of those in the workforce today, the need for a paternalistic retirement benefit, like Social Security, may not be necessary at all. While many may decry reducing the benefits of future beneficiaries, the offsetting consideration is leaving more money in the worker’s paycheck, money that could be placed in one’s own retirement account.

Again, sequestration presents the American taxpayer with many opportunities to change the way we think about the federal government. It is a change in perception from one of entitlement to one of being empowered to determine one’s own destiny. To a large extent, the gridlock in Washington is due to the very fact that we have come to expect government to provide for every wish and whim of the taxpayer, wishes that have added up to a government that the American people can no longer afford. It is time to truly assess what is essential to the health and welfare of the community.

By Lowell L. Kalapa (Released on 3/6/11) One of the options lawmakers may be considering... 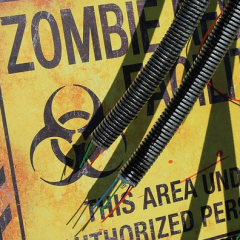