As the legislative session draws nearer, there is a growing concern among taxpayers, both families and businesses, that lawmakers will make a bid to increase taxes yet again.

Perhaps bolstered by the latest Tax Review Commission’s report outlining the possible looming shortfalls as a result of the unfunded liabilities of the public employees’ pension and health funds, lawmakers may take that report as a good excuse to raise taxes. Perhaps they may not increase the most dreaded general excise tax as a majority of House members have already signed a pledge not to do so, but that doesn’t rule out increasing the net income tax or altering provisions of the income tax to generate more money such as imposing new limits on itemized deductions or taxing income that is currently exempt.

No doubt reducing the amount of spending on these other programs and services will not make some constituents very happy and, in fact, those constituents may lobby to restore that funding. But lawmakers need to recognize that there is a bottom to the taxpayer bucket. Just as much as observers fear that a substantial tax increase at the federal level may cripple the economy, another increase in taxes for Hawaii’s economy will also be devastating.

At the same time, lawmakers will hear from those working for the state saying that as a result of the spending cuts that were made in response to the downturn in the economy in the past few years they are short-staffed and can’t get their work done. Couple that with the fact that with wage demands of the public employee unions and demands to increase spending for the homeless and the poor, lawmakers will be hard-pressed to find ways to contain the size of government.

This is the very problem federal lawmakers are faced with, do they cut federal programs for things like education, welfare and defense or do they raise taxes? However, as long as either federal or state policymakers continue to mask the true cost of operating government from the vast majority, the demands for more services will continue. In Hawaii, the recent tax increases have avoided imposing the additional cost directly on the vast majority of taxpayers by raising taxes indirectly with the suspension of general excise tax exemptions, imposing higher income tax rates on wealthier taxpayers and exporting the tax burden to visitors by raising the TAT or hotel room tax or taxing commodities used by visitors such as the tax on rental cars.

As legislative observers have noted, state lawmakers have pushed nearly every tax or fee to the limit in the past couple of years. One only has to wonder where lawmakers will go to keep on feeding all the state programs and services as well as to begin addressing the unfunded liabilities of the pension and health system. Is there anyone in the state legislature that is willing to stand up for the taxpayer and call for an end to this unbridled spending spree? Are there lawmakers willing to say NO to the calls for more and more spending?

As the legislative session looms around the corner, readers might want to check in with that guy who came to their door last fall asking for their vote to see whether or not he or she will be again picking your pocket or will that elected official have the backbone to say no to more spending. The heist of the taxpayer is about to begin, will you be ready? 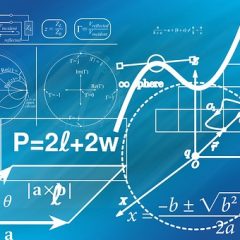