Now that everyone is talking about the fiscal cliff that looms as the new year approaches, some are asking what sort of changes will occur on the tax landscape.

For those who can barely recall what happened yesterday, trying to remember what the federal tax law looked like more than a decade ago is impossible. We all have become accustomed to the lower tax rates and so-called “loopholes” that were created under the Economic Growth and Tax Relief Reconciliation Act of 2001 (EGTRRA) and the Jobs and Growth Tax Relief Reconciliation Act of 2003 (JGTRRA), more commonly known as the Bush tax cuts, that it is difficult to imagine that tax rates could actually have been higher in the past twelve years.

So let’s take a look at what could happen if Congress does nothing between now and when the bells toll in the new year of 2013. Again, much of the following could change as a result of Congressional action in the next few weeks, but this is just to give the reader an idea of what it was like before those Bush tax cuts. The change that would affect all taxpayers is that income tax rates would rise. Currently the bottom rate is set at 10% rising to a maximum income tax rate of 35%. Come January 1, 2013, the bottom rate would revert to 15% while the top rate on the wealthiest taxpayers would rise to 39.6%.

Taxpayers who are currently paying a 25% rate would see that rate revert to 28% while those who currently pay 29% would see their income taxed at 31% and those currently paying a 33% rate would see their tax rate rise to 36%. On one side, there are those who would like to retain the current rate structure while others, including the President, would like to see the top two brackets return to their pre-Bush levels of 35% and 39.6%. These two tax rates would apply to individuals making $200,000 and for couples making $250,000. Politically no side wants to offend the so call “middle-class.”

Another provision would resurrect the 20% tax rate on long-term capital gains up from the current 15%, and for high-income individuals a tax of 3.8% would also be imposed, making the over all maximum tax rate on capital gains 23.8%. This latter surcharge, if you will, is as a result of the Patient Protection and Affordable Care Act (PPACA) otherwise known as “Obamacare.” The President’s position on this issue is to retain the current 15% for individuals making $200,000 and for couples making $250,000. Again, no one wants to stick their neck out and put their finger in the hornet’s nest of “middle-income” families.

Meanwhile dividend income, which has also enjoyed a 15% preferential rate for the last ten years, will see the return to ordinary income tax rates. Like long-term capital gains, dividend income will also be subject to the 3.8% tax rate for “Obamacare” applying to high-income individuals resulting in an over all tax rate on qualified dividends rising from the current 15% rate to as much as 43.4%. Again, the President’s proposals would retain the lower 15% for dividend income for those under the $200,000/$250,000 threshold.

The phase-out of the personal exemption and the limitation on itemized deductions would be reinstated for certain high-income taxpayers. The President again is recommending that the threshold be set at $200,000 for individuals and $250,000 for couples. The limitation on the itemized deductions had been phased out at the end of 2009 and for the three-year period from 2010 to the end of 2012, there was no limit.

Finally, the biggest unknown will be the federal estate tax or death tax. Should nothing be done by Congress, the estate tax exclusion will drop from the current $5 million to the pre-Bush level of $1 million and rates could go back to a high of 55% from the current maximum tax rate of 35%. While many doubt it will revert to the previous levels, that again will depend on whether Congress can reach a compromise.

By Lowell L. Kalapa It is rather interesting watching bills move through the legislative maze...

Imagine what would happen if a genie came up to you and said, “Here’s a...

For most of us, if we are asked how much money we have (perhaps by...

By Tom Yamachika, President (For Release 10/04/15) These days, with the state Public Utilities Commission... 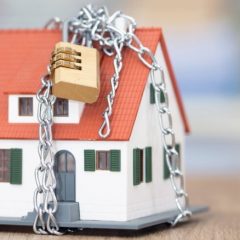