Not surprisingly, it was pointed out that during the good times when revenues were plentiful, political leaders took the opportunity to take the excess cash and satisfy their constituent demands for more and more programs or services. And why not? With cash so readily available in those good times, why not spend it to satisfy constituent demands?

The problem with that strategy is that it built into the structure of government goods and services that were and are more appropriately provided by the private sector. But having made those goods and services a part of those provided by government, the constituency came to expect government to continue to provide them even if it meant raising taxes and fees to keep them on the government menu. In some cases, constituents have come to believe that they are entitled to many of these programs and services, that is until they realized how much they are paying for these services.

Such is the case in public housing where for decades people who could not afford to compete in the open marketplace found shelter in government provided housing. The problem is that government did little other than to provide a roof over these families’ heads so that they would not be homeless. But as we have all learned, there will never be enough housing for all those who need transitional shelter. But it is hard to transition families who do not have the skills to compete in the open marketplace for housing.

Where government has dropped the ball is that they have not realized that in order for families to be able to move out of public housing, they must acquire the skills that will allow them to compete in the open marketplace for housing. From education to financial literacy to job training, all are crucial to any family in order to survive in Hawaii. And unless vacancies can be created in public housing, those who are truly sleeping  on the beaches and the sidewalks will have no place to find shelter.

Those within government, as well as those outside of government, must understand that public housing, with the exception of the aged and disabled, is transitional housing – temporary housing – and was never meant to be permanent housing. Yet there are some families who have lived in public housing for four or five generations.

And this sense of entitlement is not necessarily the province of the poor. At the other end of the spectrum are those who believe government should reward them for taking financial risks such as investing in high technology ventures or alternate energy projects. Even construction industry denizens and film producers and investors have bellied up to the bar for their service of tax incentives and tax credits which amounts to nothing more than taxpayer subsidies of these particular industries and activities.

The problem with these “entitlements” is that while they are expenditures of taxpayer dollars, they are made out the “back door” where the general public does not see the direct outflow of tax dollars. Even the advocates of these subsidies argue that these tax credits are not expenditures if, in fact, they don’t attract these activities to Hawaii. But if they do, they create jobs and economic activity that are “good” for Hawaii and its working people. The problem there is a lack of transparency about the credits. First of all, where there is no limit on the credit, the taxpaying public does not know how much is being spent on these activities be it making a movie or building a hotel.

As a result, taxpayers cannot evaluate the amount spent on such incentives as compared to, say, how much is being spent on education or public safety or social services. The money is gone even before it reaches the state treasury as the credits or incentives offset liabilities of the claimant taxpayer. Can taxpayers ask, “Are these credits costing more than what it would cost to put a laptop computer in every child’s lap?”

The long and short of it is that government has grown much too large for taxpayers to be able to support and still be able to survive in this Island state. Hawaii certainly does not have a revenue problem. It has a spending problem that needs to be addressed and brought back into line with what the state’s economy and its people can afford. 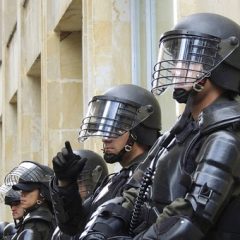 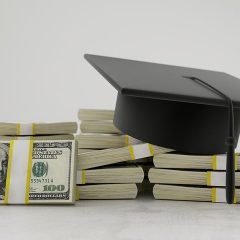