Indeed, suspending those “exemptions” will insure that all the “rest” of us taxpayers will pay even more as the cost of the general excise tax now imposed on those transactions will be passed on to us, the consumers. For those consumers who are businesses, if that added cost cannot be absorbed or passed on to customers of those businesses, there is no doubt, that those businesses will fold and close their doors. Add to that measure other actions taken by this year’s legislative session and the outlook gets even worse.

Although approved by lawmakers, the repeal of the deduction for state sales and income taxes was proposed by the state administration based on the argument that the federal government does not allow federal income taxes to be deducted in calculating federal taxable income, so why should a state allow its state taxes to be deducted in calculating what is state taxable income? The administration even characterized the deduction of state income taxes as a “double tax benefit,” saying that taxpayers can take the state taxes they paid through withholding as a deduction and then as a credit against their tax liability once they have figured out their annual tax bill – huh?

After that display of clarity from the administration, there is no wonder that they do not understand that taking away the ability to deduct state taxes from corporate taxpayers just increased the amount of taxes that  businesses will have to pay the state. Obviously, the administration and lawmakers don’t understand that the tax liability should be on the net income of a business, that is gross income received by a business less all of the costs incurred in operating that business including salaries, benefit premiums, insurance, raw materials, overhead such as energy costs and oh, yes, taxes.

By eliminating the ability of businesses to reduce gross income by the taxes paid, state income taxes paid by businesses throughout the year as that business earns gross income, as well as the general excise tax burden that cannot be passed to customers, will no long be deductible. If that is the case, then the state income tax on businesses and higher income individuals is no longer a tax on net income but on modified adjusted gross income. Another way to look at this elimination of the deduction of state income and sales taxes is that the net income tax is being paid on the amount already paid as income and general excise taxes by businesses and for higher income individuals, it represents paying the income tax on the amount already paid as income taxes.

The long and short of it is the state administration and lawmakers have given businesses one more reason not to remain in the state and not to do business in this state. For those outside looking in, this action gives those prospective businesses that may want to locate in Hawaii one more reason why they should look elsewhere. Elimination of the deduction for businesses will mean a reduction of the bottom line profit, profit that is necessary to create more jobs or profit that can be reinvested in a business so it can increase its production and expand its activities. In other words, it is one more nail in the coffin of Hawaii’s economic future.

So, yes, perhaps the administration and lawmakers were desperate to balance the state budget, but taking it out on the economic growth of the state at a time when businesses are already struggling and workers are losing their jobs was indeed not the best choice for Hawaii. Thus, while lawmakers are proud of the fact that perhaps they did not raise the general excise tax rate or increase income tax rates, this strategy will have just as devastating an effect on Hawaii’s economy and Hawaii’s people.

The question is, will lawmakers be just as proud as the economy takes a nosedive? 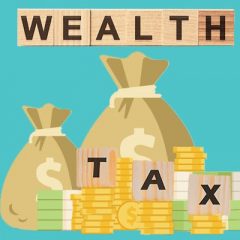 Occasionally, lawmakers in the square building on Beretania Street come up with an idea that...

At the Legislature, I often hear legislators considering proposed tax legislation ask our Department of...

We continue our discussion about the 5% charge assessed against special funds in Hawaii government,...

By Lowell L. Kalapa      Kudos must be given to the Economic Revitalization Task force...