With the merger of the two dailies in Honolulu one of the reporters mournfully reflected on the demise of many other businesses during the past two and a half years, victims of the economic recession, or so the article opined.

While it is true that we have not seen an economic slump of this magnitude since the Great Depression, Hawaii’s poor business climate certainly has not helped many businesses survive the challenges of a sluggish economy. Although some may chalk up the demise of many businesses to the fact that Hawaii is so heavily dependent on the tourist trade, any struggling business in Hawaii will tell you that it is more than the lack of visitors coming to Hawaii or, for that matter, visitors not spending as generously as they did in the past.

Even in boom times businesses struggled to keep their doors open as costs continue to escalate on one side and consumers watched their spending on the other side. Although elected officials like to assume that businesses can merely pass costs along to their customers, many businesses find there is a point at which customers will balk at further increases in price and make choices to either buy less of that particular product or to trade down to a similar product at a lesser price point. But the long and short of it is that in many cases a business cannot merely “pass on” the added cost of doing business. And when the business finds that its customers refuse the higher cost of a product, the added cost is either passed back to the owners of the business, such as stockholders or individuals who have invested in the business, or to the employees of the business by either a reduction in pay rates or hours or a reduction in the workforce.

Unfortunately, the high cost of doing business in Hawaii is attributable to either costs imposed directly or indirectly by state and county governments in Hawaii. For example, site costs are exacerbated by the land use policies that have strangled the state over the years. People are surprised when they are told that less than 5% of the state’s land mass is zoned for urban use. And upgrading land into urban use is a long and costly road, usually taking years of applications, hearings, and bureaucratic paperwork. Of course, for those in government time means nothing as a civil servant’s workday is dictated by a clock that begins running at 8:30 am and ends exactly on the dot at 4:30 pm. Work either before or after that window requires overtime pay.

To get all the zoning changes and building permits to construct a simple subdivision can take a minimum of five-years in Hawaii. Meanwhile the developer is holding the bag on the interest cost on the money borrowed to initiate the development process. In recent years, new laws and court decisions have complicated the situation even more. For the guy who wants to open a retail store, there are certainly health and safety regulations that are there for his employees and customers, but government regulations governing the size of the shop’s sign and its placement, and what the facade of the building should look like borders on overkill.

And while taxes are an obvious burdensome cost, there are also the costs of energy, transportation, compliance with labor regulations, proximity to markets and licensing depending on the type of business. There are compliance costs with respect to the numerous environmental laws, in the case of a restaurant the necessity of installing a grease-trap or in the case of a farmer, the need to provide proper facilities for workers.

While many of these rules and regulations and inspections and licensing requirements appear for the health and safety of workers and consumers, one has to wonder how dysfunctional each of these requirements are when viewed as a whole. Often times businesses have complained that they are required to do something that is in direct contradiction with what some other regulating officer demanded.

No, it is not easy to do business in Hawaii and that difficulty contributes to the high cost of doing business in Hawaii. Until policymakers recognize what a monster they have created throwing this or that obstacle in front of an aspiring entrepreneur, Hawaii will continue to be a poor place to do business. And without those entrepreneurs who are willing to take the risk that they can generate sufficient income and cover those costs and still be able to make a profit, Hawaii will continue to be mired in an economic malaise.

As we enter this election season, voters need to ask aspiring candidates just what they will do to improve the business climate and the economic outlook for Hawaii. 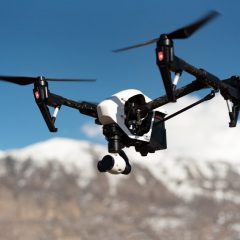 By Lowell L. Kalapa With tourism on the rebound and the economy seemingly on an...