Last week’s commentary discussed the impact of favoring homeowners under the real property tax system at the expense of all other categories of property. What we did learn is that while elected officials can get the money they need from other categories of real property, the burden is usually borne by the people they try to protect, the homeowner.

This is what happens when elected officials attempt to grant special treatment to some taxpayers and not all taxpayers. Someone ends up having to pay more as those preferences generally are not coupled with a decrease in spending or the size of government. When these preferences are not based on the particular taxpayer’s need for tax abatement or tax relief, then all other taxpayers basically are subsidizing the taxpayer who gets the preferences. And if there is not enough money to pay for these tax preferences as well as to run state or county governments, then taxes have to be raised or spending needs to be cut.

Such is the case of targeted business tax credits that are basically designed to get taxpayers to undertake or do things that might otherwise not make any economic or financial sense. Although Hawaii had its first fling with tax credits way back in the early 1970’s, those credits were largely designed to alleviate an undue burden of taxes based on a measure of income. So many of those early income tax credits were aimed at the poor and lower income families in recognition of the burden placed on them by other taxes such as the general excise and real property taxes. Having become somewhat familiar with tax credits, lawmakers ventured out on a limb to use tax credits to affect social behavior or in the case of the first non-income-based tax credit, alternate energy. First adopted in 1976, this credit has evolved over time as technology and needs change.

It was not until the late 1990’s that the idea of utilizing targeted business tax credits became vogue. Starting first with tax credits to encourage the remodeling of Hawaii’s aging hotel inventory, lawmakers adopted a tax credit to encourage hotel renovation. When 9/11 hit and the construction activity came to a standstill, lawmakers expanded the credit to include residential construction and renovation. However, unlike some of the more recent controversial targeted business tax credits both construction credits were initially adopted at a 4% rate based on the rationale that the state was foregoing the general excise tax that it would have collected on the construction activity as its contribution to spurring the economic activity called construction.

The first tax credits for film-production excused productions from the general excise tax and the transient accommodations tax by handing out income tax credits equal to the respective taxes.

Perhaps embolden by this string of “tax incentives,” some lawmakers figured they could do more good by offering even more generous incentives to “transform” Hawaii’s economic base by going after the promising and “sexy” high technology sector. Act 221 was born and much to everyone’s surprise offered tax credits for investments in the industry equal to 100% of the investment. For investors, this was a “no-brainer.” The state would guarantee that investors would not lose a dime if they made a qualified investment. The taxpayers of the state would pay them back 100% as long as the business remained in business for five years. Where else would an investor be guaranteed not to lose a dime even if the company wasn’t a raging success?

And it was all well and good when the state had money to hand out for the credits. But this year the cold hard reality set in that money was needed to balance the budget, to eliminate the furlough Fridays in the schools and just get through the school year. As a result, lawmakers decided that those investors could wait for their tax credits until the state could pull out of this economic slump, so lawmakers proposed suspending the claims for the credits for the next three years.

Now the measure has been vetoed on the basis that this was not fair to the investors and besides the revenue has improved. It also appears that the legislature will not try to override the veto, as there are insufficient votes to be successful.

What is interesting is that those senators who would probably vote to sustain the veto are among the very senators who wanted to raise the general excise tax. Thus, it appears that these senators were willing to sacrifice all taxpayers to take care of the few who were able to make these investments.

One of the more debate-worthy bills at our Legislature (Senate Bill 94) involves requiring candidates... 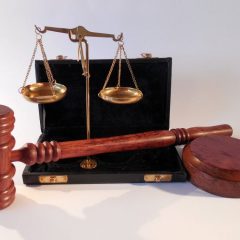